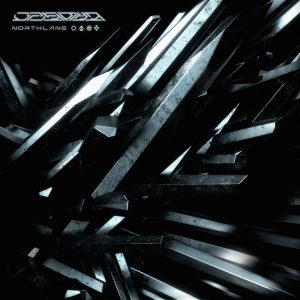 Modern in every aspect, Northlane takes its music to a new level of experimentation and fusion with what could be described as electronic music. At times rocking your cradle with soft, melodic singing, and atmospheric keyboard melodies, and at others throwing in one or two riffs that’ll make people bounce live, and a metalcore-ish scream.

It could be better described as pop metalcore, if that exists, with a subtle touch of progressive music here and there, that reminds me a lot of Devin Townsend’s many projects, and the more metalcore-ish parts seem to take their influences from more modern metalcore bands like Architects, and even Beartooth at times. Some riffs could even be described as djent. It’s safe to say that the band blended all of its members’ influences.

Overall, the album is very easy listening from a mainstream consumption perspective. Having as many metal elements as non-metal elements, and a lot of cheesy, catchy, radio-friendly choruses, makes it, in my opinion, more directed to a wider more mainstream audience. And this kind of release is where the question is asked: is this the limit where we can’t consider that metal anymore? For me, it is. I don’t think it’s enough to have drums and distorted guitars and throw in a couple of screams to be labeled metal. It could be considered pop music, influenced by metal, but not metal per se. In my opinion, metal takes more guts and authenticity. But the release is very decent for what it is, it’s just not in the big family of metal genres.

Full Tilt Festival, set to kick off in Brisbane this Saturday, has unfortunately been postponed. A Full statement from the organisers is below: It is with the heaviest of hearts that we have to announce that Full Tilt Festival in […]

Australia’s heavy trailblazers Northlane have released their acclaimed new album, Obsidian, out now via Believe. The band have also debuted their latest track, “Abomination“. The apex of classic and future Northlane, “Abomination” detonates with Marcus Bridge growling over […]

Australia’s heavy trailblazers Northlane have unveiled their new single “Carbonized” today, the final track before the band release their hugely anticipated sixth album, Obsidian, next month. Due to ongoing supply chain issues, Obsidian will now be released on April 22 via Believe. “Carbonized” is […]