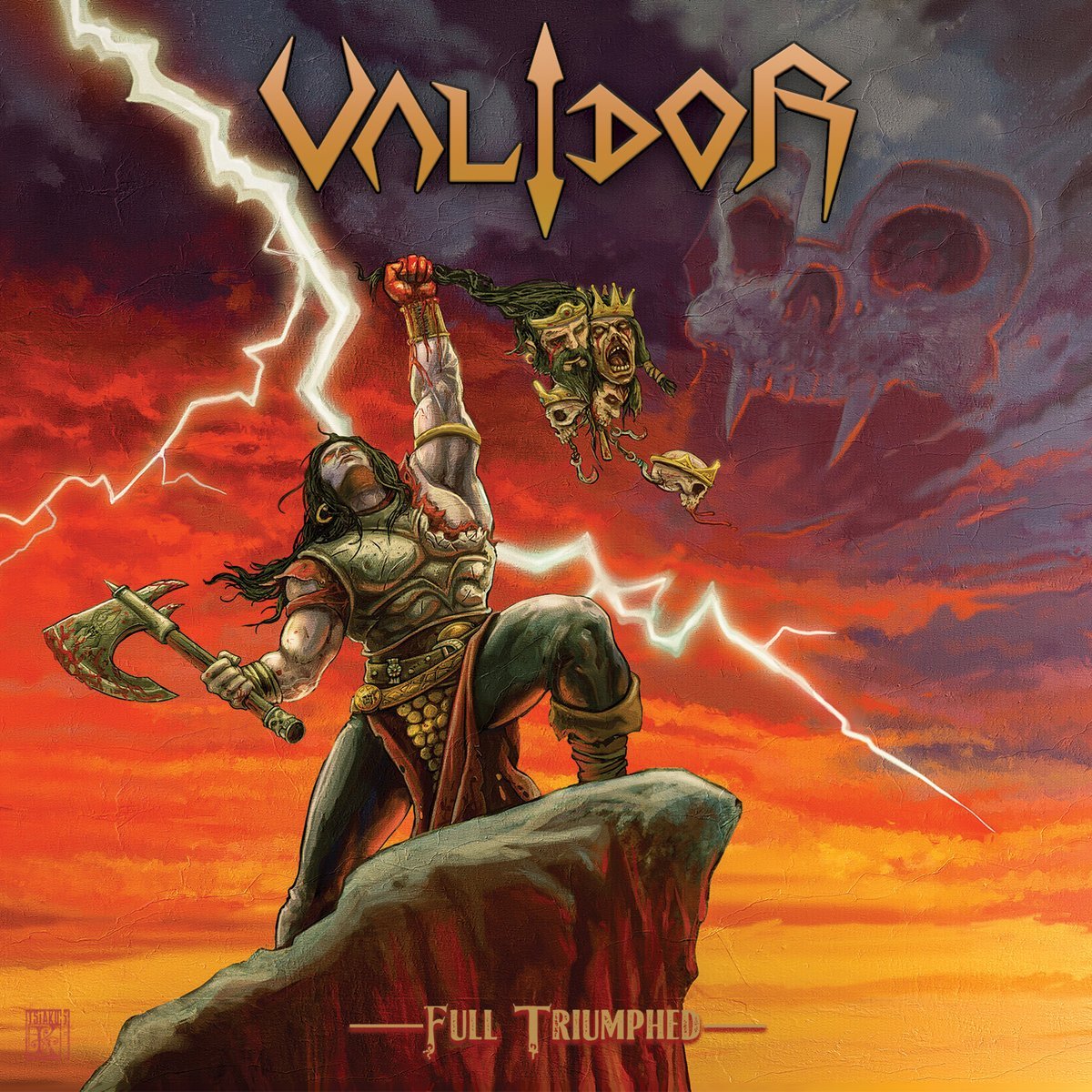 Bob Katsionis’ Symmetric Records proudly presents the return of an underground cult legend: VALIDOR! Having already released three studio albums: “In Blood In Battle” (2011), “Dawn Of The Avenger” (2012) and “Hail To Fire” (2016) and the re-issue of their debut album in 2020, it is about time to move on to their next chapter.

“Full Triumphed” continues the epic journey of VALIDOR! The band is led by guitarist/singer/songwriter Odi “Thunderer” Toutounis and once again we get 9 new chapters telling stories of War, Ancient Greek Heroes, Roman Gladiators, Gods & Demons and even iconic 80’s culture legends like the “Silverhawks” or Robocop on the track “Man Of Steel”!

Musically we got the epic storytelling of bands like Virgin Steele and Bathory, the raw power and big sound of Manowar are here combined with the galloping guitars of Iced Earth, plus the Dorian melodies of Running Wild and Blind Guardian and even some thrash and speed metal passages to form the truly unique sound of VALIDOR: Blood Metal!

In the words of Bob Katsionis: “I’ve been working with Odi since 2009. While looking like a guy who listens to nothing by Manowar, Odi carries a background of musical influences spanning from early Black Metal to Greek composers like Manos Hadjidakis or Basil Poledouris and from King Diamond to Death, Kreator, and Megadeth!
So, making music with a guy with such an open mind and a clear target of what he wants to achieve, is nothing but a pleasure. His sense of melody and groove is also second to none! I also admire his desire to sing the songs all by himself even if he’s not your typical “epic metal singer”. The way he spits out every word is so meaningful and powerful that it could not be replaced by anyone. And for me, this is what makes projects like Validor so special through time.”

Producer Bob Katsionis handles the lead guitar, bass, and keyboard duties once more and the line-up is completed by drummer Apollo Giannoulis.

Artwork was once again made by Kostas Tsiakos (www.papergoblin.com) also responsible for some great art behind Warlord, Born Of Fire, Dexter Ward and many more.

Following the policy of other Symmetric Records releases, “Full Triumphed” is not going to be fully available through any streaming service (like Spotify or iTunes etc.) and can only be ordered directly from Symmetric Records’ Bandcamp website in digital or physical form on a Deluxe Digipak CD with an 8-page booklet and for the first time on a fiery-red CASSETTE to please even the most old-school fans and can only be found here: https://validor.bandcamp.com/