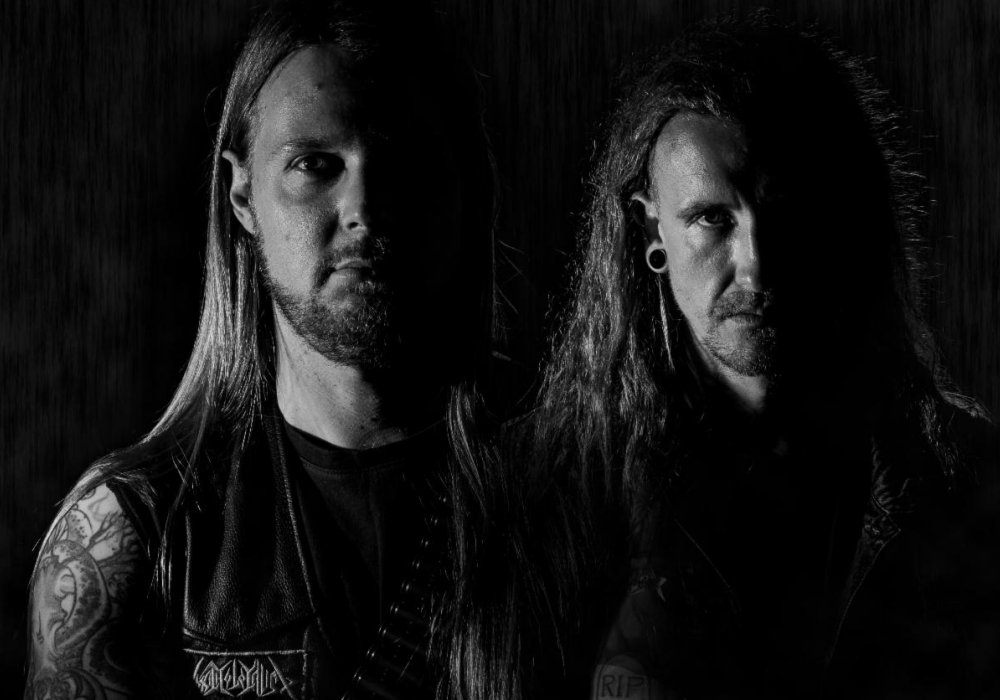 Australian Blackened Thrash Metal Duo HELL MACHINE have released the official video for “Devil Spawn,” a track from new album Relentless Aggression out on November 27. The beast is available to stream and/or purchase at the following link: hellmachine.bandcamp.com/album/relentless-aggression

2018 saw the release of their first division of liturgies – Merciless Hate – before HELL MACHINE exploded onto stages, including cult underground festivals Blacken Open Air and Hell On The Bay. Congregations of crazed fans have been left wanting more ever since.

Now as 2021 closes, HELL MACHINE come armed again with another sonic rampage in Relentless Aggression. Eight tracks expertly crafted and recorded at Pony Music in Melbourne. The new disc lays siege to the temples of hypocrisy, and gives night terrors to feeble happy clapping stooges. Upon closing, nothing is left but particles of the faithful.

2022 will see HELL MACHINE deploy their large-calibre assault at Steel Assassins 10 (Sydney) and Churches of Steel Festival (Adelaide). Forewarned is forearmed. Get ready to ride into the dust on power strokes of razor sharp riffs, relentless drumming and the sledgehammer attack of the one and only HELL MACHINE! This is the adrenaline charge that fans of blackened thrash need. 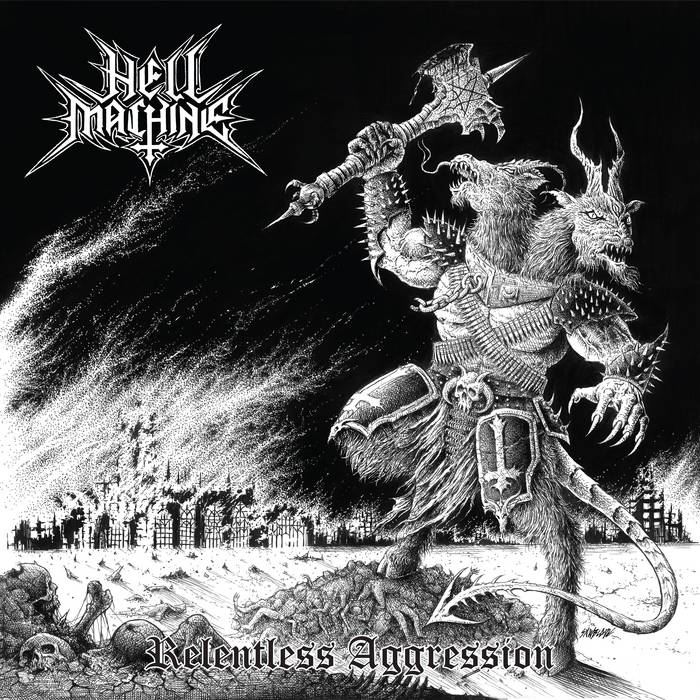