The single isn’t even released yet, and the hype is R E A L. Brisbane’s Babirusa, touted as one of the world’s rising stars in Deathcore by Revolver Mag, is today announcing their Mandatory Malevolence Single release tour dates in September 2022. They are bringing along with them Portueguese Deatl Metal outfit Analepsy!

The band announced that the single is now up for pre-save/pre-order last week – dropping the news that the world will get to experience the latest lineup and brutality in ‘Mandatory Malevolence’ on Friday June 3. The single can be pre-saved now at https://ffm.to/mandatorymalevolence.

The band have been hard at work in the background, putting this single together earlier in the year and DIY-booking and planning this tour and more. The current/new line-up is: Rheese Peters – Vocals, Brodie Servin – Vocals, Dean White – Guitar, Jack Rynswoud – Guitar, Josh Blade – Bass and Rangi Barnes – Drums.

For a band so intensely heavy, triple j and media have rallied around the band and they have rallied a rabid fanbase, racking them up over 800k streams on Spotify alone. Tommy Faith from triple j unearthed said that Babirusa are “Deathcore done so well, replete with the pig squeals to really take it over the edge. Manic, mad and so so heavy. Babirusa coming through with something truly merciless in the form of Abomination.”

The band kicked off in a LARGE way in 2019 – their Debut show was supporting international act Vulvodynia and they dropped their Debut album “Humanoid” in 2020. They recently recruited Brodie Servin (ex-Forsaker/Dead Nerve) on second vocals + Josh Blade (Tomb of Doom) on Bass and are supporting Within Destruction (Slovenia) & Signs of The Swarm (USA) at The Brightside in Brisbane on June 9th. 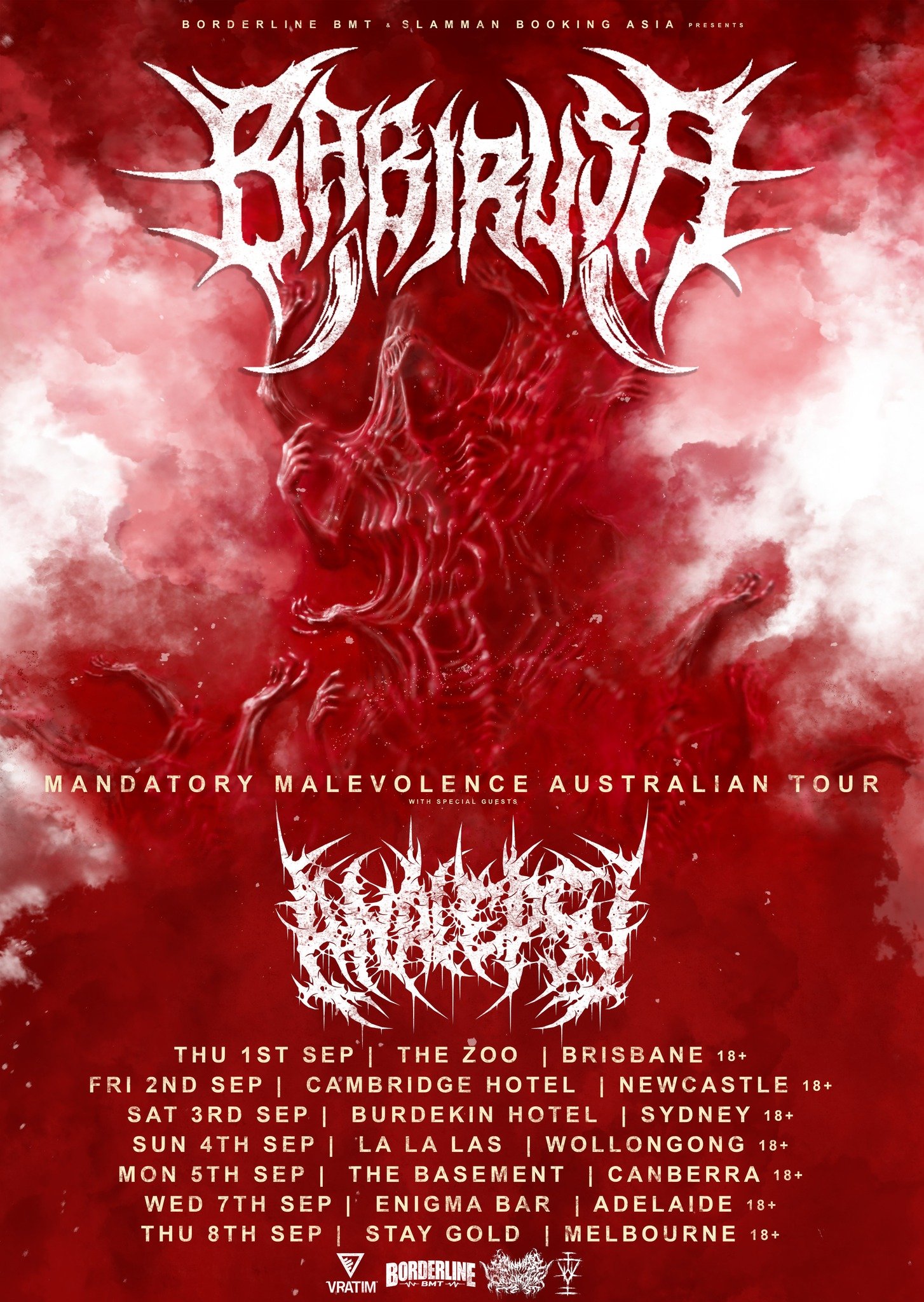 Slam death metallers ANALEPSY have teamed up with Slam Worldwide for a premiere of their new single “Spasmodic Dissonance” featuring Suffocation‘s Ricky Myers on guest vocals. The song appears on the band’s forthcoming album  “Quiescence“. Album formats & pre-orders are available at: analepsy-quiescence.com. […]

South African death metal visionaries Vulvodynia will be hitting Australian shores this November, off the back of their latest opus ‘Praenuntius Infiniti‘. Renowned for their flesh-melting and bone-busting death metal peppered with spine-shrinking breakdowns that capture the very […]