MISFIRE makes old-school flavored thrash metal devastation with the kind of bombastic firepower that could wake the dead. In the tradition of classic metal trios like Venom, Motörhead, and Raven the band makes more noise than bands twice their size, unleashing song after song of unrelenting fury. It’s music that could have arrived in the thrash golden age of 1986, when bands like Metallica, Megadeth, Slayer, Dark Angel, and Sodom delivered vital records. And yet MISFIRE is forward-thinking, injecting modern metal mastery into their brew for a powerful, timeless sound.

The excellence in execution within the band owes much to the longtime chemistry between its blue-collar members. Guitarist/vocalist Jay Johnson and drummer James Nicademus started jamming together as teenagers. They played in the band Diamond Plate before reuniting in MISFIRE. Bassist/vocalist Sean Coogan is another young veteran, having cut his heavy metal teeth in the band Vitrial. While Coogan sings, most of the trio plays multiple instruments. Everyone contributes to songwriting.

“I was originally going to play second guitar, but I switched over to bass,” Coogan explains. “I think the three-piece setup rocks. The band’s dynamic works well. We’ve all really gelled as a band.”

Created in a small studio and engineered by Coogan himself, the debut album for MISFIRE is free from click-tracks and other unnecessary frills, projecting the purity of what three musicians raised on Pantera and the “Big 4” sound like in a room together. Sympathy For The Ignorant is heavy, confident, and filled with the kind of earworm thrash metal riffs that sends aspiring players to the guitar store.

“The album is a sonically badass version of what you’ll hear live. It’s real, no fake shit,” Nicademus says. “It’s very much a throwback to the way things used to be recorded. Like, just turn the shit on, press record, layer some stuff in after that, put some words on top of it, mix it, and it’s done.”

In advance of the record’s release, today the band unveils a video for first single, “Fractured.” Notes Nicademus of the track, “Featured as the first song of the album, ‘Fractured’ unearths the feelings of uncertainty and dread we were faced with in 2020. Inspired by the current state of the world, it delves into the madness that is the pandemic. The song poses the question, ‘What’s left of who we are?,’ as we are left with humanity divided and fractured. The album has a common theme revolving around situations that many people have gone through or will go through. We’re all going through this shit right now so this is our take on it: ‘No matter what you believe, we are fractured, divided, diseased.’ We are looking forward to sharing it with the world!”

Sympathy For The Ignorant will be available on CD, LP, cassette, and digital formats. Find preorders at THIS LOCATION. 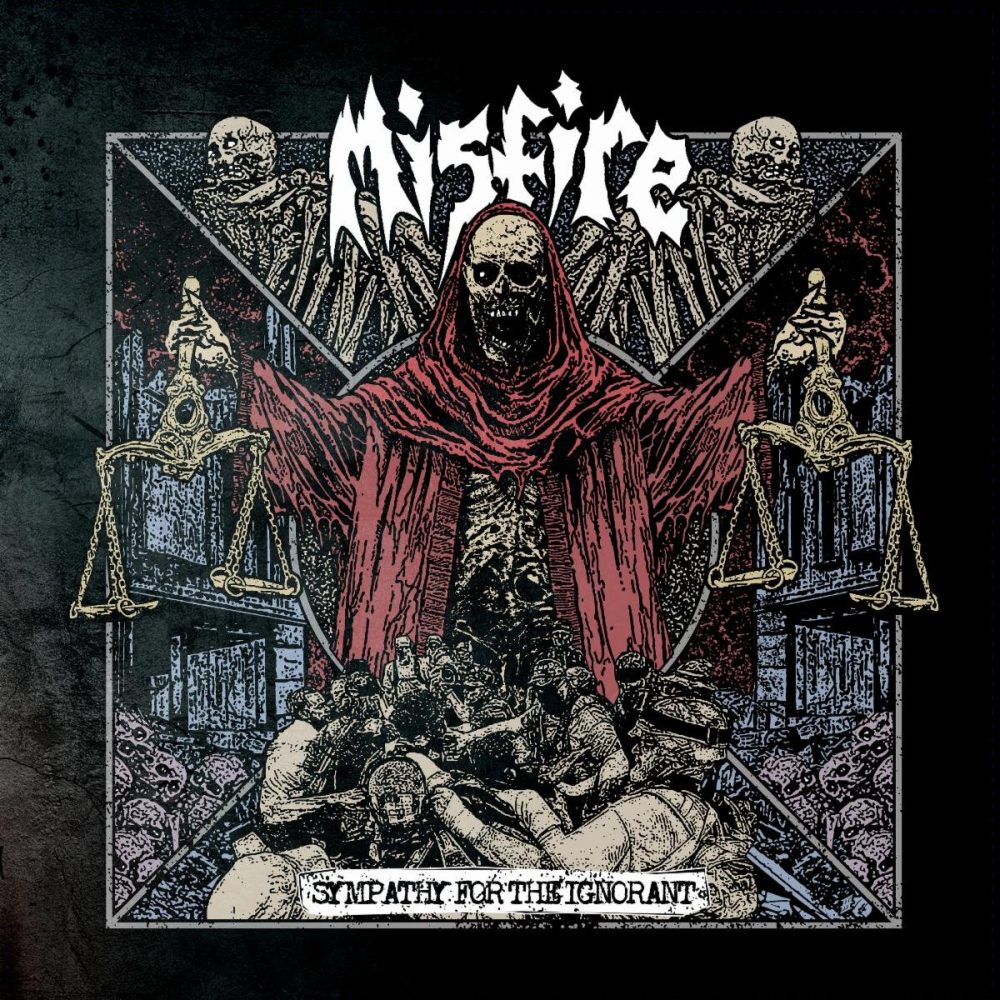