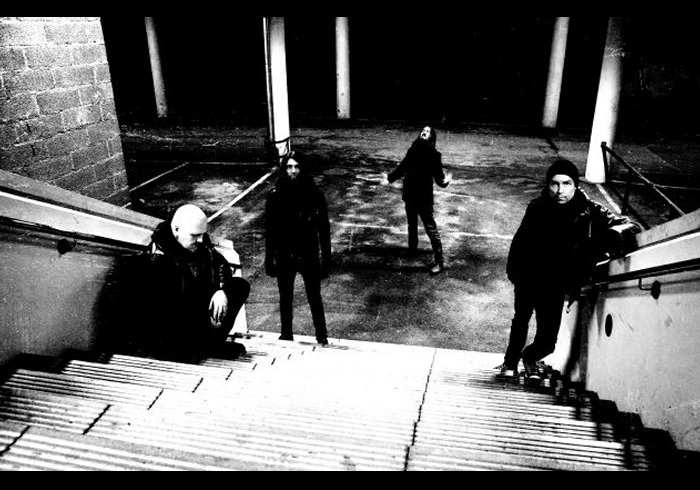 Church of the Dead is Finnish death metal band with a twist of hardcore/ d-beat and horror.They released their debut album on July 31st, we caught up with the band to find out more.

MR: Tell us a little bit about Church of the Dead.

Church of the Dead: CHURCH OF THE DEAD was formed in 2012 in Helsinki. Our music bows to ’80s and 90´ Death Metal, D-Beat and even Black Metal. Imagine Disfear playing Cannibal Corpse or vice versa but the main influences are a band like Celtic Frost, Darkthrone, Bolt Thrower and old fashion horror movies. We have been a 4-piece the entire history of the band.

MR: After 5 EPs, your homonymous debut album is finally out worldwide since July 31. How do you feel about this moment of the band?

Church of the Dead: Obviously after almost 10 years and a 1,5-year hiatus between 2016-18 it feel really good finally to release the debut album. The EP’s functioned more as high-quality demo’s leading toward up to the full-length released now.

MR: The video Coffincraft has just been released a few days ago, how was the reception into the metal world?

Church of the Dead: The reception hasn’t been as wide-reaching as we hoped considering how cool we think the video ended up being.  The single release has gotten good reviews and people have listened to it, but for some reason, the video hasn’t found its audience.

MR: How was the process of releasing the debut album?

Church of the Dead: Since from the beginning we planned the album as a vinyl release having a clear A and B side. The A-side is compromised of new songs made while Jussi was already in the band and expressing the current and true sound of the band. B-side was heavily modified, re-recorded and re-arranged songs selected from the EP’s with Jussi’s vocals and how we would play them now, instead of how we played them in 2014 for example. A big part of the evolved sound was our producer Markus Heinonen who we have worked with since the Ratking Single. His Saarni Studios was a place we felt right at home and he had great ideas supporting our vision. The album process was very intensive at times with many setbacks, but finally very rewarding after all the stress from the process of tying the music and the art together was done. For us, the album visuals and artwork are a big part of the music. Of course, COVID also messed up with our release schedules and we were forced to cancel the original release date and the album was in limbo for some time with uncertainty when we could actually release it. So it was a good feeling to get it out when we were able to do so.

MR: The debut album is the first release with Jussi Salminen. How do Church of the Dead fit with him?

Church of the Dead: Jussi has been a perfect fit for the band. Our chemistry was immediate and his sound is even more fitting to the bands new found sound than Jukka perhaps was. The reception has been very positive from fans and reviewers alike.

MR: In the band’s career, what was the most exciting experience during a tour?

Church of the Dead: Our Estonian tour with Mörbid Vomit was a memorable one. From causing mayhem at the ferry crossing the baltic sea. Our drummer showed up the harbour straight from a long night in a bar, so he had the clothes which he had when going to the bar, nothing else with him to the whole tour. Tour ended with our bass player being hospitalised straight from the ferry, but let’s leave it at that. Estonia beware we are returning in 2021!

MR: The world on stand-by because of Corona. What is your standpoint regarding live events?

Church of the Dead: Our mini-tour in February was cancelled on the same day it was supposed to begin cause of obvious reasons. We have played one show with safety distances and limited capacity now after the restrictions were lifted in Finland. Stream shows are never the same as live shows but it will probably take time until normal shows are possible again in Europe.

MR: Send some cheers to all your fans.

Church of the Dead: We will have an update soon for some special material to be released later this year. Join us!

MR: Thanks for the interview, buddies! It was a great honour to interview you here.