In celebration of their forthcoming release, COMEBACK KID has recently partnered with Fanaply, a platform creating eco-friendly Non Fungible Token (NFT) for the biggest names in sports, music and entertainment, to bring fans their first ever eco-friendly NFT. Starting today, fans can enter a competition to earn points for sharing, following and more. On December 10th, 25 of the top point earners will win the NFT. Check it out below.

Says lead vocalist Andrew Neufeld of the new single: “Crossed is a no frills metallic hardcore track. Lyrically it deals with someone in my life that seemed so far gone and I had to watch them dig themselves further and further into a low and unrealistic place. “Crossed into the void” so to say. We enlisted Joe from Gojira to represent somewhat of an overlord menacing presence in the song. An overshadowing power via his blood curdling scream. This song is direct and to the point about staying in reality and warns of the elements that could bring us further into darkness.”

Comeback Kid fighting against outside pressures and personal demons

Directed by Daniel Prieß and Max Maltais and filmed in Quebec, the video for “Crossed” is a performance style video that sees members of the band fighting against outside pressures and personal demons until they fall into what is visually depicted as “the void”. A true hybrid collaboration that ignited a lot of inspiration and out of the box imagination, the video involved green screening in drummer Loren Legare from Vancouver when he was unable to attend the shoot in Quebec and utilizing a special FX team and editing team in Germany.

“It was wild how this song and video all came together,” Neufeld continues. “So many people from all over the world contributed to this project. On top of the teams used to create the video, the track was recorded in Winnipeg and was mixed in New York by Will Putney. Then Joe [Duplantier] recorded his parts at his house (I believe) in France! This is one of the most fun collaborative projects that I have had the pleasure of working on.”

“Heavy Steps”, the follow up to 2017’s critically acclaimed full-length “Outsider”, sees the hardcore veterans returning to their roots both geographically and musically. Although the members of the band are currently residing on different sides of the country in Vancouver and Toronto, the band decided to write and record their latest effort in the band’s originating city of Winnipeg, Manitoba at Private Ear Recording Studio and once again enlisted the services of producer John Paul Peters (CANCER BATS, PROPAGANDHI) who recorded the band’s debut album “Turn It Around”. In addition to co-production by Peters, on “Heavy Steps”, COMEBACK KID collaborated with prominent Grammy award-winning mixer and long-time fan of the band Will Putney (KNOCKED LOOSE, EVERY TIME I DIE). Featuring a guest appearance by GOJIRA’s Joe Duplantier, “Heavy Steps” is no longer a prerequisite to realizing COMEBACK KID’s influence on modern punk, but a delivery of pure anthemic chaos, sheer speed and force. It is a statement of intent.

“It’s about hitting the ground running, not knowing when or where the ground could break from underneath you.” summarizes Neufeld. “It’s heavy steps on thin ice. ‘Heavy Steps’ on hollow ground.” 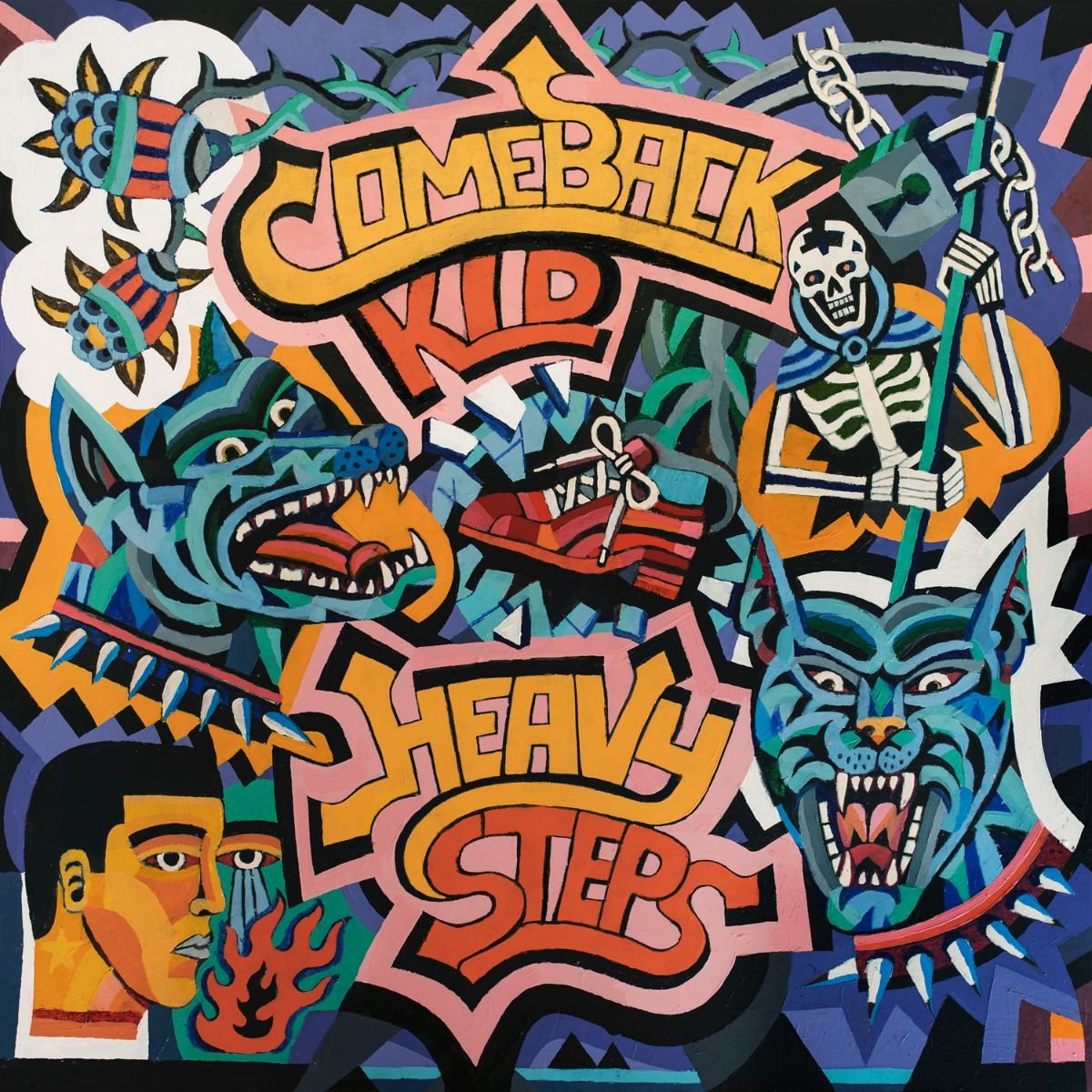