When I first heard the EP, Demo MMXIV, from Adelaide band Faitheater it sounded like some of the early Earache releases from many years ago. Godflesh definitely came to mind especially with Faitheater’s vocals. After listening some more times I still had the same opinions but it could hear a lot of hard core influences as well.

The four piece band featuring Liam Sankey on guitars, Steve Cox as vocalist, Ben Juett on bass and drummer Matt Kerslake. The lads did something unusual especially in this day and age by releasing their demo on cassette. Only 37 of these were released so I’m sure they will the a prized possession to those who bought them.

Fog of War begins with a catchy riff that builds tempo and soon the whole band is rocking out to, great way to begin. But the best is still to come…

What I really love about this EP is the way it is recorded, heavy as a tonne of bricks with one being thrown at your head go make it bang. It has the old school fuzz to the guitar and the bass tone is killer. I really dig the 2nd track – all Ben is doing is plucking the strings but it sounds crushing. I can feel through listening to the 6 tracks on this EP that Faitheater in a live setting are fucking LOUD, walls crumbling loud, as a combination these dudes have made a heavy post punk hardcore. The songs aren’t overly technical but it’s not meant to be.

What is does do, is get your ass moving and grooving, arms thrashing about, having a shitload of fun – Faitheater has certainly accomplished that.

This EP is definitely worth a listen. The songs aren’t too long but hit hard and directed at the temple with a knockout punch every time. A full album I’m sure isn’t too far away but please keep the sound the way it is, only my opinion but… \m/ 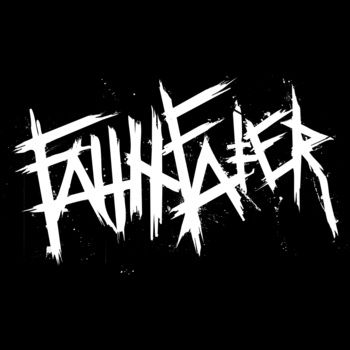