Today, Australians EnforcE finally release the artwork and tracklist for their long-waited 4th full-length release. Deep Blue has been a decade in making. The album will be officially released on 1 July 2021.

Deep Blue features 9 songs with over 40min of metal music. The album will be available on all media platforms and the physical CDs through Heavy Metal Merchant.

To give fans already a bit of taste for Deep Blue, EnforcE has created an official video for the song Metal United. Singer Guy Bell says about Metal United: “It is a song that celebrates a genre we all have grown to love and appreciate and unite together.” 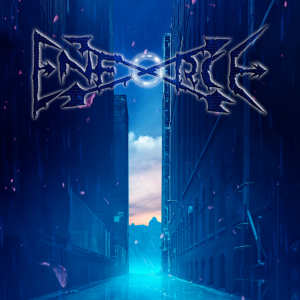