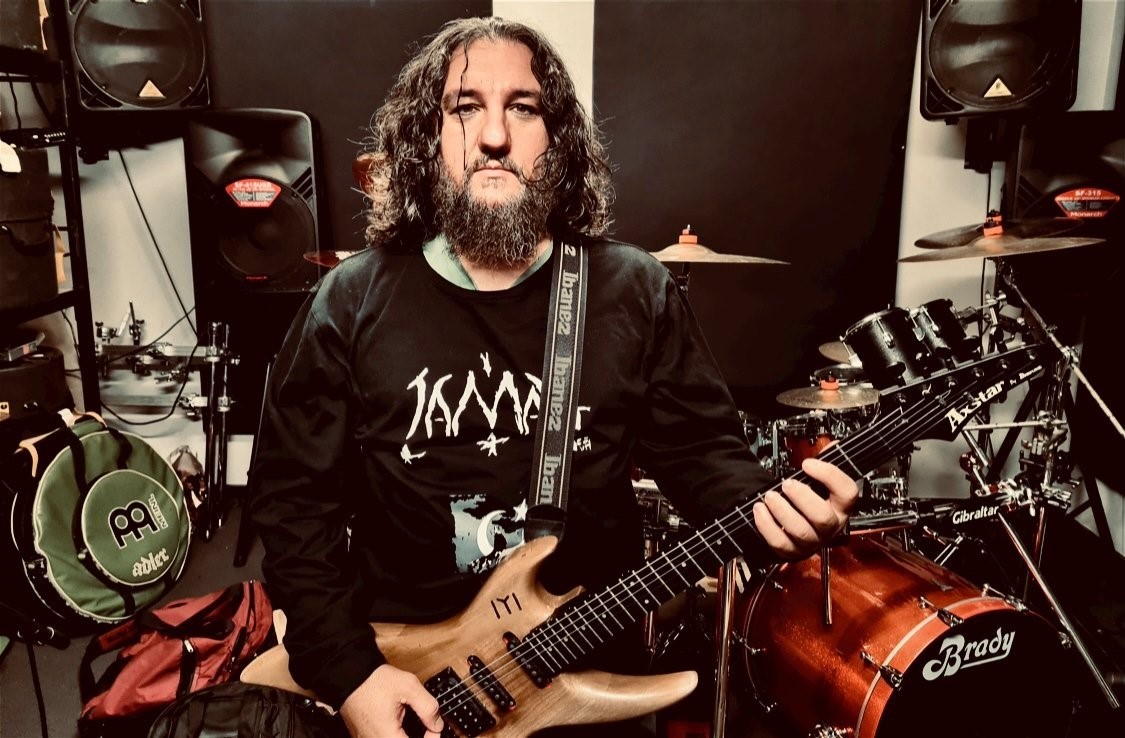 Hailing from Perth, Australia, JamArt is an up and coming Metal/Alternative project with a penchant for writing infectious tunes and relatable narratives. Led by creative visionary Ersh On, JamArt gigs and records constantly, keeping fans engaged. The debut album is out on August 13th so we had a chat to Ersh about the album and a little about his project.

Welcome to Metal-Roos, Jamart. It’s a pleasure to have you here.

Jamart: It’s an honour to be here

MR: Tell us a little bit about your project.

Jamart: It’s Jamart’s debut album, a piece of my soul transformed into vibrations translated into whatever the listener is capable of understanding. It speaks on different levels, we are all different right.

MR: A year and some months in the pandemic, no shows, no concerts, nothing…how does Jamart deal with the pandemic?

MR: After all this time, you had some good news: you signed with Krunch Entertainment. How did that feel?

Jamart: It feels I was travelling through the universe at the speed of light and some celestial being caught a glimpse of my soul and decided to slow me down to catch some more of it.

MR: Back to the beginning, what are your main influences that brought you into the metal world?

Jamart: The disgusting treatment of children, the appalling behaviour of rulers and leaders over this false world propagating enslavement of the masses. Metal was and is the only freedom left. It takes to other dimensions even if only internally.

MR: What is the meaning behind your songs?

Jamart: Don’t hurt the innocent, mutilate the rulers, cull the banking system, don’t believe in anyone or anything without deep contemplation and taking true time to understand it.

MR: What was the best moment of your career so far?

MR: Tell us about your favourite show.

Jamart: “Stop The Violence” in Bunbury, put together by Kelvin Whitwell was a 2 or 3 day event.

Jamart: Be yourself, hate the haters, love the lovers, detach your heart from whatever hurts, don’t kill yourself but maybe parts of yourself.

MR: You playing this year’s Metal United Down Under in Perth, what you think about the event and the idea behind it!

Jamart: The motion of the planet revolving like a circle pit, the stars shining, the system of the universe beyond our reach all unites to keep you alive –  just as metal unites us bacterial creatures and elevates us into higher vibrating dimension where we capable of receiving enlightenment even within darkness – Metal fucking United.

MR: Thanks for your interview.