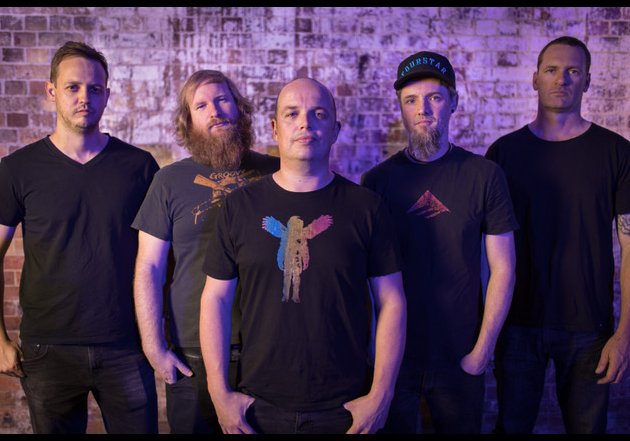 Massic began life in 2015 as a strict song writing project but the parties involved quickly realised this was more than a studio session and needed to play live, thus Massic was born, playing their debut show at the Metalfields II Festival on the Gold Coast in December of that year. Since then Massic has steadily been involved in local live music scene, being involved in events such as Shredfest, Ye Gods of Metal and most recently at Metal United Down Under.

Earlier this year Massic released their awaited debut album Redshift, capturing the honest, raw and abrasive sound they set out to create and delivering 9 tracks of musical intensity, massive riffs and head-banging grooves. They have quickly built a reputation for their live performances, delivering their sound with as much conviction passion and energy as physically and mentally possible.

Taffy spoke to the guys from Massic about their projects at MUDU Lismore.

INTERVIEW: Nescient – Metal United Down Under 2017

1 October 2017 Annie INTERVIEWS Comments Off on INTERVIEW: Nescient – Metal United Down Under 2017

Nescient formed in early 2011 on the Gold Coast, Australia. The band set out early to discover and create their own unique sound within the metal scene, drawing from the eclectic musical influences of each […]

Metal United Down Under 2022 – artwork and date announced!

5 January 2022 Andrew Massie FEATURES, NEWS Comments Off on Metal United Down Under 2022 – artwork and date announced!

The all-Australian metal festival Metal United Down Under (MUDU) is announced today along with the release of this year’s official artwork created by Tristan Tait Illustrations! The festival returns for another year of celebrating homegrown […]