Popular Brisbane music identity Chalky Hill is best known for decimating drum kits up and down the East Coast of Australia but underneath that solid hand a deeper passion for music has simmered, finally being unleashed with his debut album Remains With Pain, released on June 12 of this year.

Released under the name Militaria, Remains With Pain comprises nine tracks of pure thrash mayhem conceptually based around the Vietnam War and the bravery and desolation felt by those who fought it. Inspired by the mastery of Sodom’s 1989 release Agent Orange, Chalky set out to make a thrash fuelled homage to metal utilising the skills and expertise of musicians he has played with over the years.

After setting his sights on writing his own album over five years ago, Chalky laid down the initial drum tracks for Remains With Pain back in 2016, painstakingly narrowing down a plethora of ideas into the nine that appear on the album. While often a labour of love that seemed destined to never reach the ears of the music world, Chalky’s ambitious project began to take shape and eventually manifested itself into the four-track EP Cyclonic Desolation that added impetus to Chalky’s resolve.

The EP’s response spurred him on to finish the album and in early 2020 an assembled collection of musicians from some of Brisbane’s finest bands joined forces to begin tracking the songs, finally wrapping up earlier this year.

Members of Wartooth, Odius, Asylum, Idle Ruin, Bone Marrow, Seraphic, Deraign and more helped bring Chalky’s vision to life, with the young drummer now setting his sights on releasing a music video and a documentary detailing the journey of the album from conception to release. Plans are underway to take the project on the road as a guitar fuelled performance with backing tracks, with work on the follow-up already underway.

Further expanding the involvement of local musicians, Chalky will look beyond his home base for the next album, setting his sights on a national scale with a range of his peers and contemporaries.
The carnage has just begun. Stay tuned! 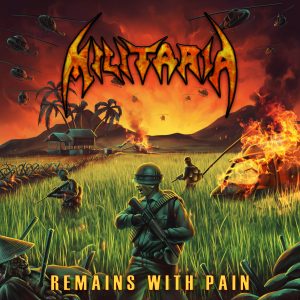