Fall of Stasis, hailing from Montreal, Canada are releasing their first full-length on February 25th entitled “The Chronophagist“. The ten pounding tracks contained within showcase the wide range of influences behind the six musicians culminating in brutal symphonic music that coasts between the black metal and prog realms and is as unpredictable as it is cohesive. The first look at what’s in store on this album is the single “The Cult“.

Through “The Chronophagist”, Fall of Stasis brandishes fictive storytelling from start to finish, although the lyrics often symbolize modern social issues along with some of the band members’ personal experiences. The lyrics are based on the album’s concept as a whole, and the writing style is heavily inspired by some of the band’s favourite lyricists in the metal scene including Dani Filth, Michael Åkerfeldt, and Chuck Schuldiner.

​”The Cult” is about a pagan cult that heavily indulges in psychoactive substances. The song starts with a syncopated section followed by a folky yet intense main riff solidified by fast and sustained blast beats. The band explains it in their own words:

​”This song was probably the one that was written in the shortest amount of time. Tristan had written the main riff many years ago and we all liked it, so we decided to write a song based on it. We felt it was catchy and upbeat, but still dark and aggressive enough to catch the listener’s attention. We chose this song for our clip because it’s a short and well-rounded song that gives an accurate depiction of the sound we’re going for and the theme would easily translate into an interesting storyline for the video. The dark lyrics coupled with upbeat riffs make for an interesting contrast that brings the song to another level.”​

Clocking in at almost 50 minutes, the symphonic death metal of “The Chronophagist” is recommended for fans of Finntroll, Fleshgod Apocalypse and The Black Dahlia Murder. 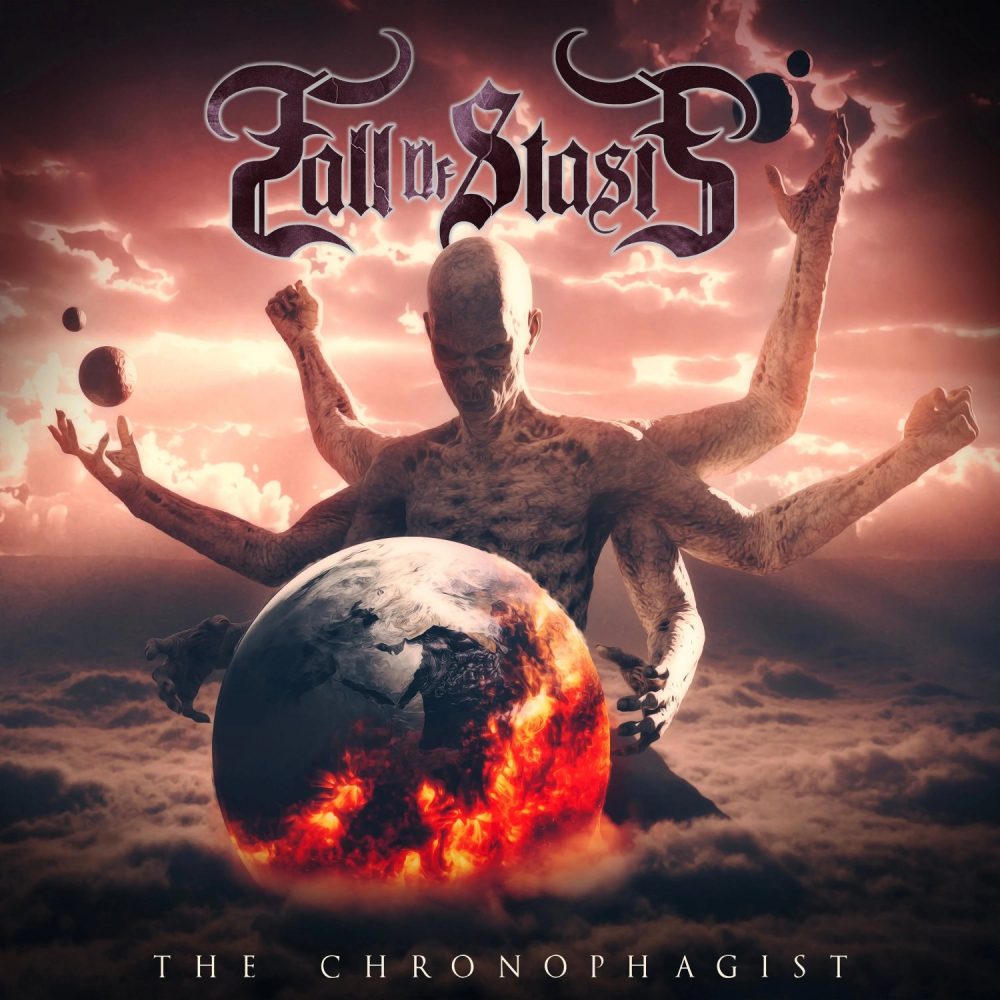