Blackened heavy metal outfit NITE will be releasing their sophomore full-length, ‘Voices of the Kronian Moon,’ on March 25, 2022 via Season of Mist, making it the band’s debut to the label! The album art can be found below along with the tracklisting and other details. The band is now sharing the official music video for the first single, “Kronian Moon,” which was created entirely by the band!

NITE mainman Van Labrakis comments: “‘Kronian Moon’ is the nexus of the plot in our second album ‘Voices of the Kronian Moon,’ It introduces an odyssey in a foreign world, establishing the universe and foreshadowing the danger that our heroes encounter on their quest. Alien landscapes, visions of peril and a fight against all odds. The bridge, marked by an unexpected key change and an ostentatious solo, is both the belly of the beast and the tempting siren: the obstacles that challenge our abilities and seek to impede our way. Guitar harmonies lead us to the other side of that dark episode, with the final verse and chorus championing themselves as triumph in the face of adversity. ‘Kronian Moon’ is an homage to the hero’s journey, the trials and tribulations, the journey as the destination.”

‘Voices of the Kronian Moon’ is available to pre-order HERE. The album and singles can also be pre-saved across streaming services HERE. 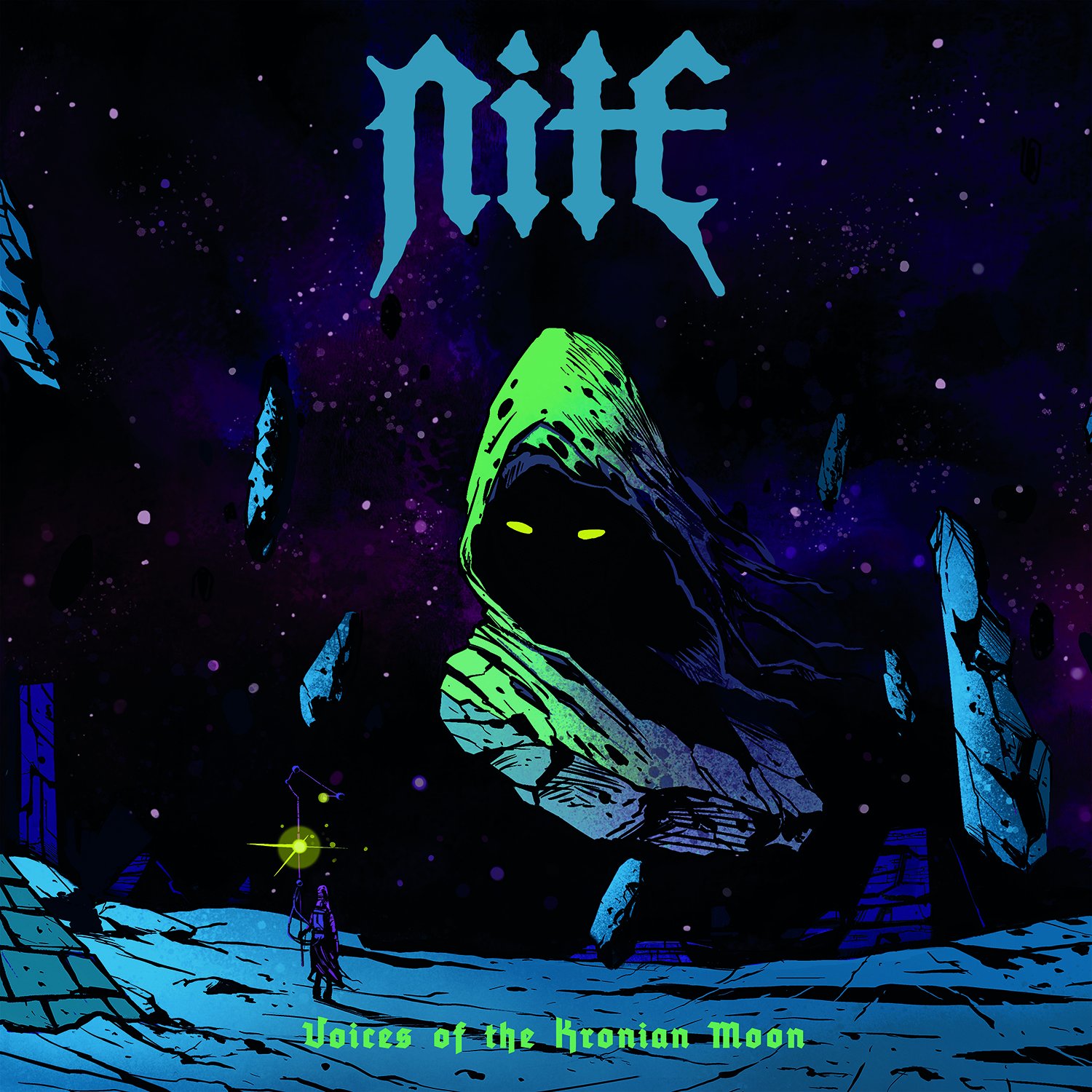 Blackened heavy metal outfit NITE have teamed up with Metal Injection for the premiere of their brand new track “Acheron“. The track is taken from the band’s sophomore full-length ‘Voices of the Kronian Moon‘. The […]

Blackened heavy metal outfit NITE are now releasing their brand new track “Edge of the Night“, which is taken from the band’s sophomore full-length ‘Voices of the Kronian Moon‘. The new record will be out […]