“The song is the star” is German rock band SATIN WHITE’s motto and with the release of their new video A.I. they will show you why.  It is the second single off of their debut album ‘Not Greyed At All’ and is available on their band’s YouTube channel. The album was released on November 25th independently.

SATIN WHITE, fronted by Carsten Kettering (ROSS THE BOSS/ MAJESTY/ IVORY NIGHT) and accomplished musician Frank Schnitzer is a studio band that was meant to be. Coming together after playing together in various projects for many years, they are focused on creating good, honest music. An album filled with catchy melodies, infectious grooves, and songs that make an impact, this latest video follows on from that mission.

Music for all fans of rock and just simply well-written music, SATIN WHITE invites everybody to experience their music with them.

To stay up to date with the band head to their website: https://satinwhite.net/ 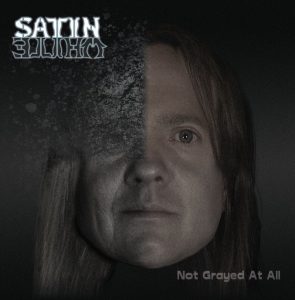 Get the album at the bands online shop: http://satinwhite.net/shop/
or at Bandcamp: https://satinwhite.bandcamp.com/album/not-grayed-at-all