DARK MEDITATION may hail from Seattle, but their sound is steeped in traditions associated with other corners of the globe — England’s working-class cities, frosty Scandinavian towns, Southern California meccas of the ‘80s. Or as the band puts it, DARK MEDITATION sounds like the bastard amalgamation of Venom and Judas Priest fighting it out on the Sunset Strip while Danzig and King Diamond cheer them on. While such reference points may suggest a nexus of evil kitsch and arena-level theatrics, the band’s debut album Polluted Temples comes from a place of down-and-out urgency and punk ethics, adopting the gloomy anthems and riff worship of heavy metal titans for their sonic exorcisms rather than their rock n’ roll panache. It’s an album that basks in big hooks, righteous guitar work, and an arena-level stomp without compromising any grit, grime, or guts.

Comments the band of their latest single, “‘Desolation Days’ is a commentary on the disparity between people and our continued march to oblivion, how no matter hard you might try it seems like you can’t keep up with the world and in each passing day, people or institutions manipulate emotions/relationships to get what they want without a care for the toll it takes on society. Fittingly, it’s a righteous strut of mid-tempo death rock with heavy metal flourishes culminating in a fitting chant for the end of days.”

Originally conceived by vocalist A. D. Vick, guitarist Rane, and guitarist/synth player Ian as a recording project intended to provide personal catharsis, DARK MEDITATION came to serve as a crucial artistic outlet for the entire five-piece band — a salve during trying times. Along with compatriots JW Mullett (bass), and Will Klintberg (drums), the founding trio poured four years of blood, sweat, and equity into Polluted Temples, though the inner-band relationships go back even further. The members of DARK MEDITATION all cut their teeth and crossed paths in various niches of the underground, churning out visceral and vitriolic bangers in acts like Emeralds (SEA), O.S.S., R.I.P., and Wildildlife. A punk ethos permeated their earlier acts, and while they may have excised some of that primitivism in their current project, the members of DARK MEDITATION have not skimped on the aural punishment and physical intensity. 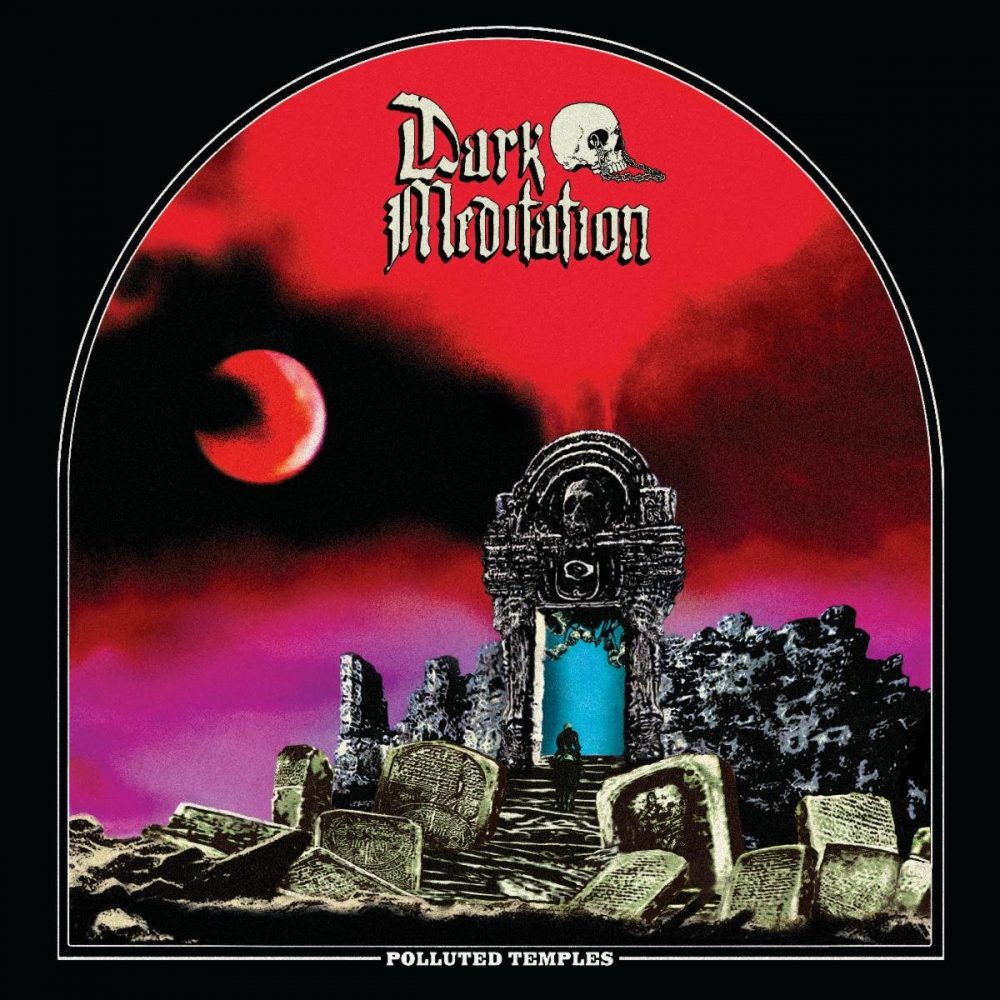