Off the back of their latest single Driven, Melbourne classic metal act SHAKE THE TEMPLE have released their highly anticipated self-titled album. After an arduous year of delays, sickness and other interruptions, the band that did not initially set out to record an album has released their creation upon the world.

“It’s incredible the album is actually being published, to be honest… given the obstacles we faced,” singer John Joseph relays, “there was no intention to record an album. But then, one-by-one, the songs started to come to life – better than we intended to be honest.”

“Upon reflection, that’s what I love about this album. It was not pre-determined with a master plan.”

The album that wasn’t supposed to be and a band that was only created to be a writing project that came together in a time of adversity, the band promise a release that “is full of dark stories… but in it all and in the melody you can hear there is hope.” SHAKE THE TEMPLE is back, better than ever, and with this release are showing what fans can prepare for when they are back on the road in 2022. 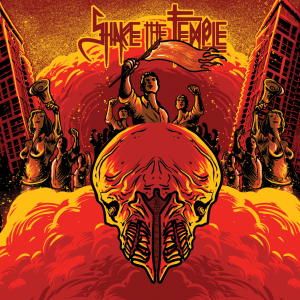