On the darkest day of the year, Finnish funeral doom icons SHAPE OF DESPAIR release a new song from their new record “Return to the Void“. The new album will be released via Season of Mist on February 25, 2022.

Listen to “Dissolution” below. ‘Return to the Void’ is available for pre-ordering in the Season of Mist shop on CD and vinyl HERE. Pre-save the album HERE.

Between the success of the majestically downtrodden Monotony Fields (2015) and today, the members of SHAPE OF DESPAIR have been composing (glacially) and otherwise ensconced writing/performing with their other projects like FINNTROLL, IMPALED NAZARENE, THROES OF DAWN, and COUNTING HOURS. The Finns have never been or found the need to be prolific, however. The race into the cold darkness is a contemplatively unhurried task. Return to the Void is musically and thematically that same journey, one of perpetual solitude and aching hopelessness, driven straight into the heart of frigid twilight. As ever, this is cheerless music for sunless days.

“Not long after Monotony Fields, I started composing for Return to the Void,” says guitarist/founding member Jarno Salomaa. “At first, the title song sounded too primitive. I thought I would make a solo album out of it, but after a while, the song reminded me of older RAVEN material. Naturally and eventually, it started to feel like a SHAPE OF DESPAIR song.”

SHAPE OF DESPAIR was formed out of the ashes of RAVEN in Helsinki in 1998. Actually, the transformation into the present-day moniker wasn’t as violent as it sounds. A simple name change—initiated by Salomaa—coincided with the Finns’ developing predilection for protracted if icy metal. SHAPE OF DESPAIR’s grand debut, Shades of… (2000), was proof that the fledgling sextet’s stately doom was already ascendant. From there, the Helsinkians morphed in membership but continued their funereal march into legend with Angels of Distress (2001) and Illusion’s Play (2004) before hibernating for almost a decade. While Return to the Void is the natural follow-up to Monotony Fields and represents over six years of songwriting development, the main narrative (and indeed the timely return of drummer Samu Ruotsalainen) is rooted in the past.

“Return to the Void isn’t the follow-up to Monotony Fields in the traditional sense,” Salomaa says. “As stated, the songwriting goes way back to the first music we put together for RAVEN. I will say my approach has changed after all these years of making music. I found new and different ways to shape the arrangements and my compositions. What matters most, I think, is that it still has the SHAPE OF DESPAIR atmosphere.” 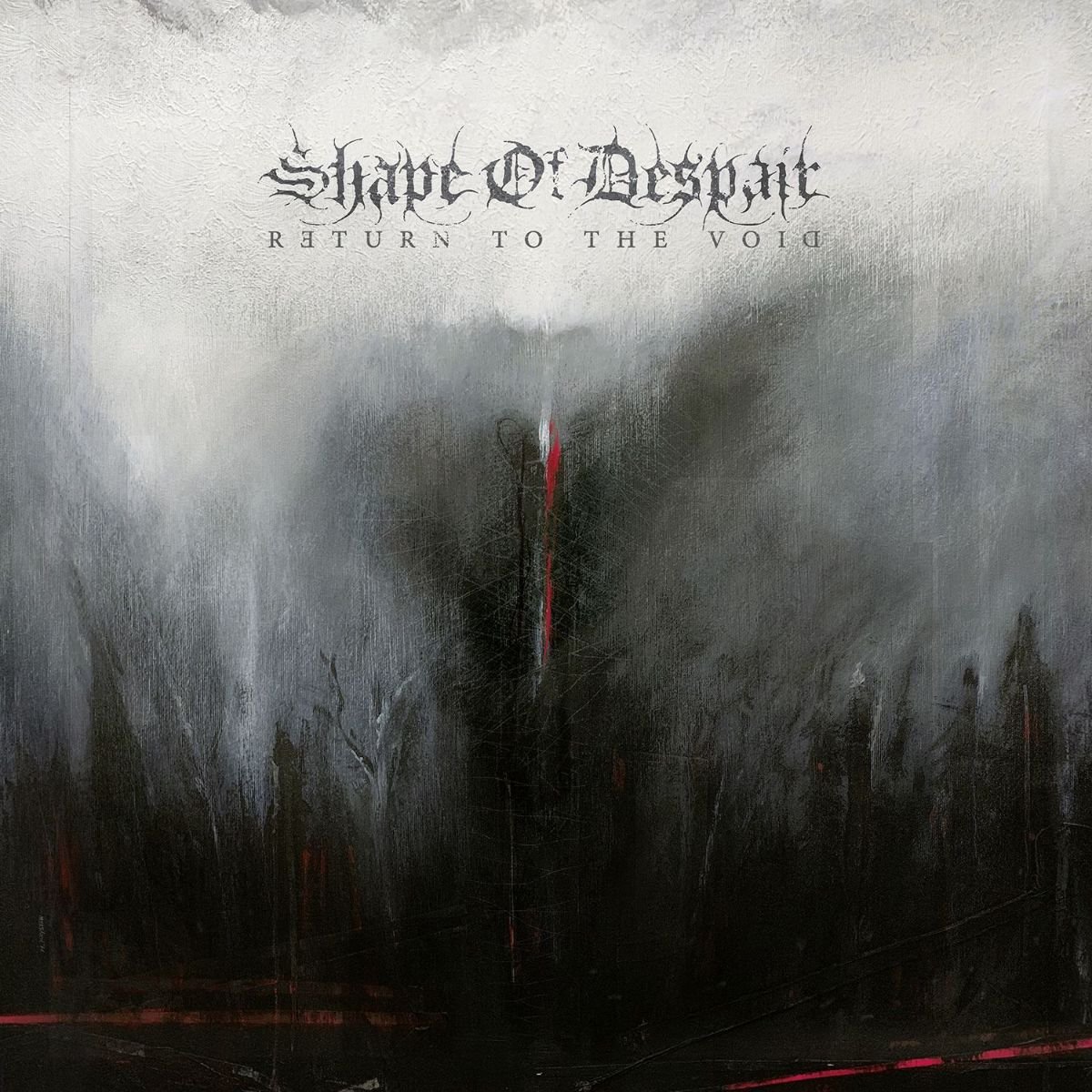