This infinite, heartfelt full-length enchants with sounds like pure poetry lifting off the page and wrapping around its listener with a gentle glow as it combines the reminiscence of the likes of producers and composers such as Olafur Arnalds, Nils Frahm and Ludovico Einaudi, and bands ranging from Sigur Rós to Anathema. The balance between haunting instrumentals and vocal intensity that complement each other in perfect harmony walks a delicate line where listeners are treated to the best of both worlds.

The intense second single “Leaving” combines gloomy ambient and infectious pop influences, all topped by Englund’s outstanding vocal interpretation, that embodies fragility and strength at the same time and creates a setting where the meaning of time and space does not matter any longer. Blended with the sensitive atmosphere of renowned pianist Vikram Shankar, the composition creates a sonic universe in which one only wants to dive deep into and get lost forever.

SILENT SKIES on “Leaving”: “And now for something rather different: we present our second single from Nectar, the dark and brooding ‘Leaving’. Our most intense and powerful song to date is paired with a stunning video by the ever-talented Patric Ullaeus, who helped set our most fiery track yet to an appropriate visual. ‘Leaving’ is a song about closure, moving on and finding a new peace – we hope that you find this song as satisfying to listen to as we felt making it.”

In 2017, the paths of Swedish progressive band EVERGREY’s vocalist Tom S. Englund and multi-instrumentalist Vikram Shankar crossed fatefully. Both artists set themselves free from limitations to captivate their listener with Nectar – a soulful ten-track offering, produced by Englund and Shankar themselves and mixed/mastered by Jacob Hansen at Hansen Studios.

SILENT SKIES on the new album: “We are tremendously proud to announce our second record, Nectar, will be released on February 4, 2022. Nectar represents an expansion and an elevation of all things that make us who we are; simultaneously grander and more intimate, more futuristic yet more organic and thoughtful. This record represents who we are, and it means so much to both of us, that we cannot wait for you to experience it.”

With Gothenburg’s EVERGREY known as one of the most prolific bands in progressive metal, Englund is by far no stranger to the scene. After partnering with North Carolina, USA-based pianist Vikram Shankar – who had already worked with greats like Redemption and Anneke van Giersbergen – this fateful encounter, now known as SILENT SKIES, set its first milestone with the release of their spine-tingling debut Satellites back in 2020. Two years later, this fruitful collaboration returns with Nectar, marking the sequel of something that’s far more than just a side project of Englund’s. Rather, it’s the brainchild of two highly talented individual artists with deep knowledge and many years of experience, whose creativity and spirit culminates in an exceptional form of musical expression. Shankar’s sensitive yet intense piano tunes merge with the poignant vocal interpretation of Tom S. Englund to take the listener on a touching, melancholic ride that wanders through the darkest facets of life, while always leaving a spark of hope to hold on to. This otherworldly sonic collaboration is graced by the outstanding contributions of Leprous’ cello player Raphael Weinroth-Browne, who appears on nearly every track of the album to spice up the stirring sound even more.

SILENT SKIES’ sophomore full-length sets off with the soulful, ethereal “Fallen From Heart”, immediately creating a tapestry of sound to get lost in. Tracks like delicate “Taper” and shimmering “Neverending” are dominated by the yearning vocals of Englund, but never fail to give Shankar’s instrumental virtuosity the well-deserved space to shine bright like the first sunray welcoming the day. Beautifully honest “Let It Hurt” addicts with its remarkable chorus hitting on point, blending cinematic strings and piano with hooky modern vocals. Darker realms lure with dramatically accented, heart-beating “Cold”, with its lingering electronic elements that build a tangible, gripping maelstrom of emotions. Instrumental title track “Nectar” closes this new chapter of SILENT SKIES but leaves its audience with a long-lasting impact and the key to a door that’s worth entering over and over again.

Get your copy of Nectar
https://smarturl.it/Nectar-NPR 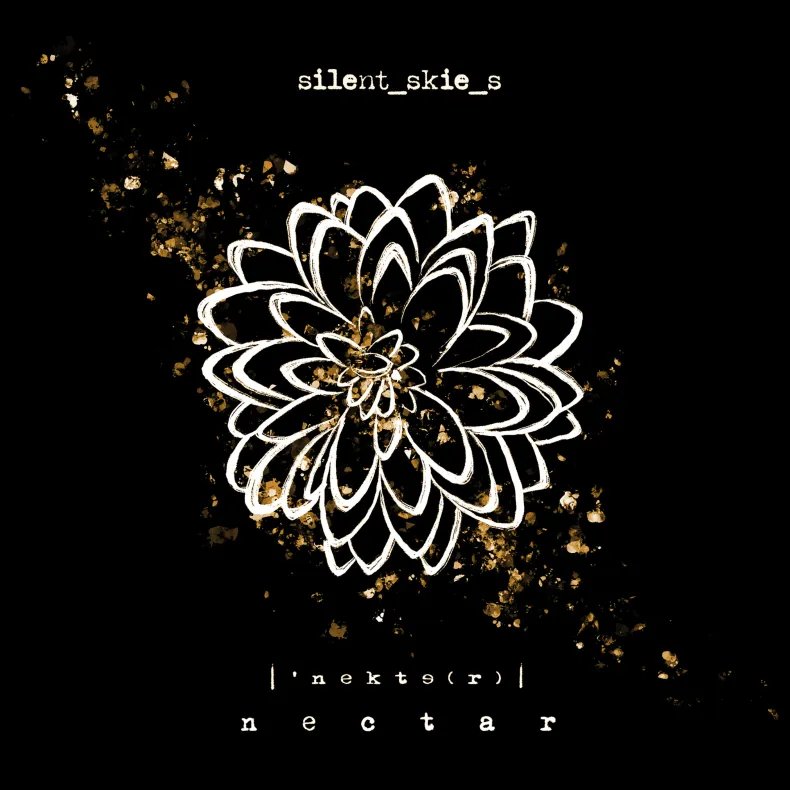