The brothers from Karlsruhe are working stroke upon stroke. The new album Soundphonia of the progressive-rockers SONS OF SOUNDS is going to release today, November 5th, 2021 via EL PUERTO RECORDS. It’s the follow-up album of Soundsphaera, which was released in 2020. Due to the release day, the band is going to release the new video Streetmutt. That’s the fourth new song of Soundsphonia, which can be seen on audiovisual platforms.

Sons of Sounds. Four brothers. One band. One faith.

“There’s no tour plan, no reunion, no new album, nothing.”-this quote applies to another Rock band. The opposite is the case for the Sons of Sounds. They have taken on a steep path to the top; without any compromises. Sons of Sounds; Four brothers, a progressive Heavy-Rock-Ensemble, and one unwavering belief that the journey of a Rock band is theirs. As a four-piece Heavy-Rock-ensemble, the Sons unleash a bundle of energy characterized by unity, play-euphoria, and the zest of life. The outcome is a loud, ceremonial, vivid rock experience. With perfidious, avantgarde structured rock-hooks and more classic, Maiden-inspired musical arrangements, they gain fan by fan. YouTube Videos with far over 100.000 views and a continuously growing fanbase on Facebook and Instagram are proof of this. Even more apparent are the faces of the audience at a live concert. 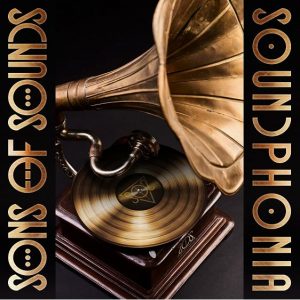