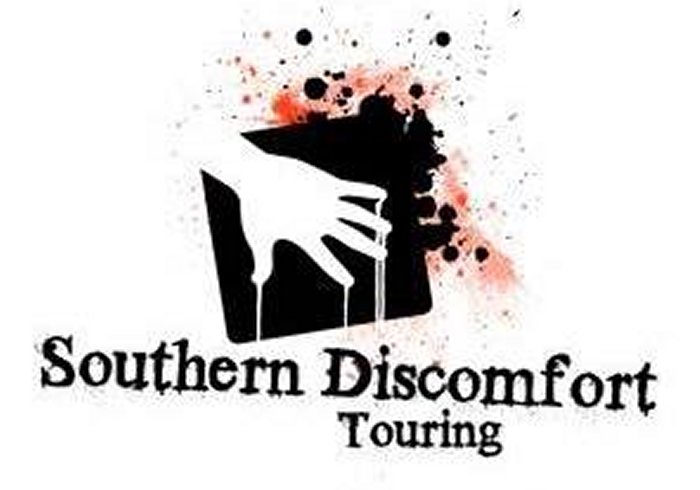 Southern Discomfort Touring started in late 2013 out of a passion and drive to start bringing quality music acts to the Northern rivers in NSW and slowly rebuild a reputation that the area once had for being one of the true great live music areas in Australia.We grabbed a few words to find out more.

Metal-Roos: What are the reasons behind starting Southern Discomfort Touring?

There where a few reasons as to why I started SDT. The main one being frustration at poorly organised shows in the area, that only showcased the same bands, not to bad mouth any of the local acts but the punters were in need of a breath of fresh air! So by bringing interstate bands back to town and giving newer bands a start I hope to deliver that. Another reason being I wanted to see certain bands so why not bring them here for a show that I would want to attend.

Metal-Roos: What area do you represent?

At this stage im representing Northern NSW, but I plan on expanding on that in the near future.

Metal-Roos: What are some of your short term and long term goals?

Short term: To keep bringing great bands to the area that otherwise wouldn’t get here and maintain a standard that people deserve when coming to shows eg; good sound, smoothly run shows, and quality bands. Long term: To continue putting on shows in the area but also expand my band managment portfolio and begin to tour a few international and national bands… 2015 will see this happen in full swing as I’m already in talks with a couple of international and national acts that are keen to tour. And to make this into a profitable business for both the bands and myself.

Metal-Roos: What do you think will change people’s attitude towards supporting local, live gigs and shows and get more people attending?

Quality not quantity! I saw it happen here years ago: Shows every week and people grew tired of it, but when you promote a good one off show with bands from different areas the numbers pick up. So I’m a firm believer in “Less is More”. You won’t see a SDT run show every week, but you can expect at least one a month with top quality bands of mixed genres playing.

Metal-Roos: You are fast gaining a reputation for running metal gigs. Do you offer your services to other musical styles?

Absolutly! When I started this business I had a goal of promoting artists of all genres, but I knew that my ties within the Australian metal and rock scene would be the driving force as to what shows I put on. Metal is my passion and love but it’s hard to go into somthing with a one track mind hence why later in the year you will see quite a mixed show coming up. It’ll be heavy but without being over the top crazy! But who knows where the future will lead?

Can’t pinpoint just one. I’m going to have to have 5 in no particular order but I’d say The Matador (QLD), Yanomamo (VIC/NSW), Gay Paris (VIC), HELM (QLD), Widow the Sea (QLD)

Metal-Roos: In 10 years time what would you like to see changed in the music industry?

More appriciation for original acts from the general public; unfortuantly the venues taken the safe option of having covers bands playing every week. That’s is fine you’ve got to have that, but it’d be nice to see people embracing originals a bit more.