The world tour was in full swing, and would encompass 3 continents. There had been three band member’s leave and three new arrivals and the release of their latest LP Carolos Rex. But listening to their live heartbeat, it sounds like nothing really had changed.

Sabaton decided to take this opportunity to make a live album, "Swedish Empire Live" and a DVD to boot. They poured out their brand of metal at the usual frenetic pace to the military history rich Polish punters (at Woodstock, Poland) and they lapped it up like kids in a lolly shop (candy shop if you are a yank).

The great thing about "live" albums, is not only that you can feel like you are there, but you can truly hear and feel how a band projects their music away from the incubator of a recording studio. To say the least and purely from a musical side, this album does actually really rock.

Classic tracks such as Ghost Division, Uprising, 40:1, intermingled were personal favourites White Death, The Lion From The North, Metal Crew and new fav Carolus Rex. Of course coming from the land down under my heart bleeds in sorrow every time I hear Cliffs of Gallipoli for the senseless loss of life of the Ottoman Empire, ANZACS, Indians and other young men in 1915 (great song and the singing along from the punters made the hairs stand on my arms).

Sabaton definitely have carved a niche basing their drive from the annuals of military history; however I hope they don’t try to diversify along the comic lines, their on stage jokes aren’t up to scratch (or perhaps it’s my sense of humour that’s no good). In any case "Swedish Empire Live" is a very good live album, showing off guitar mastery and speed metal precision.

A great start to live compilations! 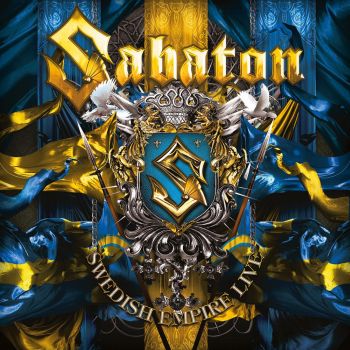