Industrial Metal, Groove Metal, Rhythym Metal, call it whatever you want. The Demon Calling by Witchgrinder is a very, very good debut. It implores you to want to get up and move (head band, dance from the waste whatever your mode of groove)! It is violent, aggressive with hate filled words of extremities, going on a rampage of raping & pillaging all before them.

The only thing that grinds with me is that I’m still out to lunch as to where I stand regarding gravel vocals. This is especially so, when the musical mastery is well and truly good enough to carry the band and this recording on its own. Most certainly Witchgrinder’s use of dragging the vocal cords, across a cold desolate wasteland, does work; however it’s the power, groove, riff punching rhythm, beat, timing, thrash and bash, with old fashion hard rock that makes this album very good.

Highlights from the release are the title track, "The Demon Calling" with its punchy riffs and shrills guitar solo. "Monster of Man" has an extremely cool rhythm and riffs going (the vocals are a bit much, but the more I listen the less these impact on a great track). "Jack the Ripper" ditto the previous track is very, very cool with the overlay of the spoken words "I feel the compulsion to kill" eerily telling you to commit the act (guitar solo awesome). "Cult of Voodoo" reminiscent of the great Mötley Crüe with its riffs, a time travel back to the 80’s; likewise "I am animal" it’s cross of Mötley Crüe with a touch of 80’s Metallica riffs ranks for me the pick of the bunch

For all those commercial loving metal heads, this is an album to get your teeth into. Melbourne live music is some of the best going around and this album is enough for me to want to stray out on a lonely night and finish the night dripped in sweat and ears bleeding. 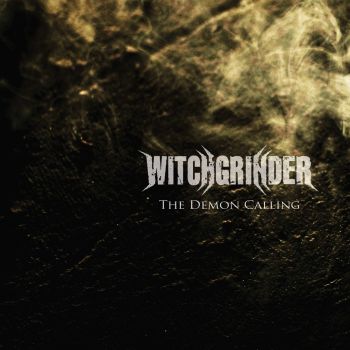