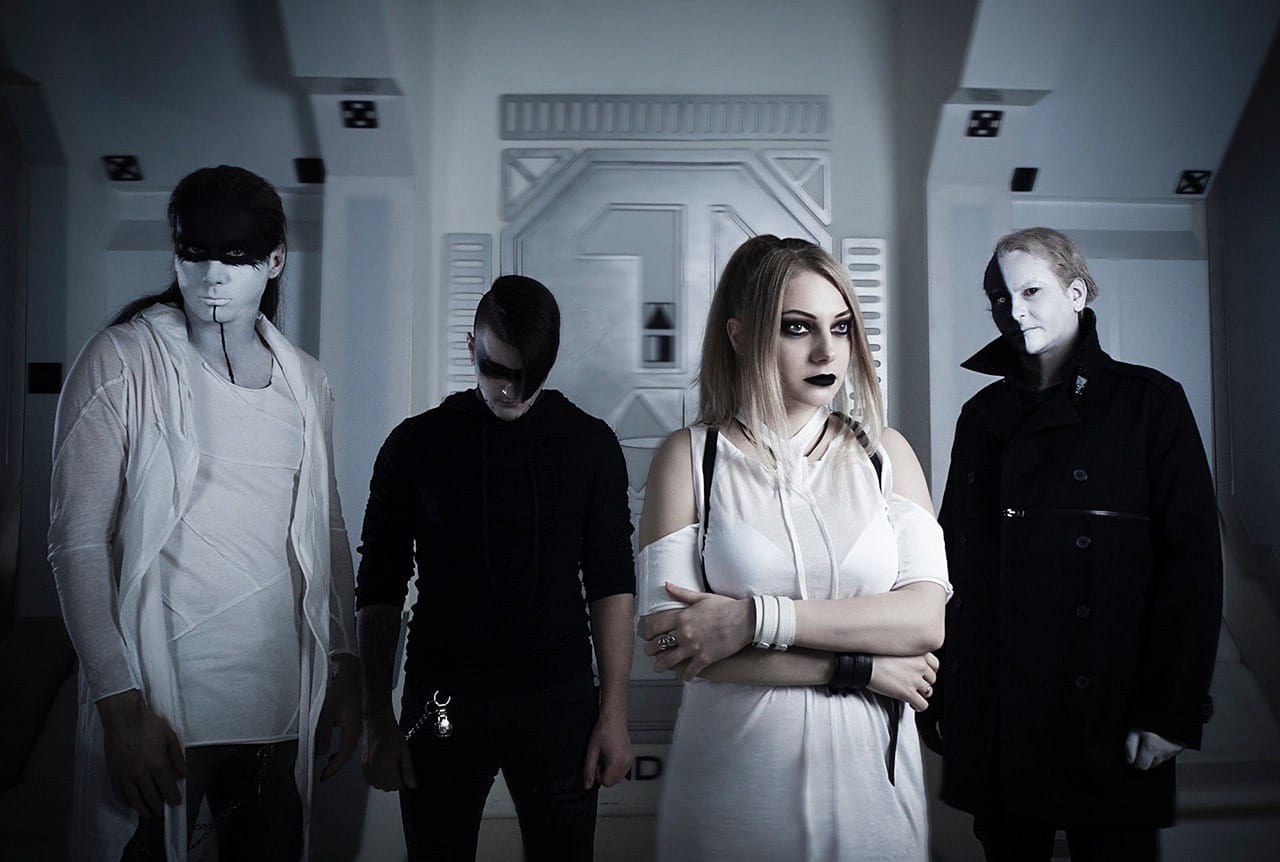 The End of Melancholy is a female fronted alternative / gothic metal band, from Saint-Petersburg, Russia. They just recently released a new album titled ““Paradox Intention” so we grabbed some time with vocalist Olly Lex to find out all about the band.

Metal-Roos: Greetings The End Of Melancholy, welcome to Metal-Roos, it’s an honour to have you here.

The End Of Melancholy: Hello Metal-Roos! We’re happy to talk with you!

MR: Tell us a little bit about The End Of Melancholy.

TEOM: Olly: So, We’re a gothic metal band based in Saint-Petersburg, Russia. Last year we’ve released our debut album Paradox Intention and hit the road with tours in Europe to support it. Also, we have an ep Playing with shadows» and 4 clips. And now, we’re recording our second album which we’re planning to release at the end of this year!

MR: Your new album “Paradox Intention” has been released this year and with many good reviews, how do you feel about it?

TEOM: Olly: We feel just awesome having all these really good reviews, many new fans and old fans stay with us, it’s cool!

MR: How was the process of the new album?

TEOM: Olly: From one side, the process was good and pleasant, when you get the result, from another side, it was tough, because we’re trying to find our own sound and with a debut album, we wanted to find our style in metal and to combine it with classical gothic-rock. So, we’re just dancing between gothic and metal, I guess. But you can be surprised with our second album. It’s heavier and even complete than the first one.

MR: Just some days ago, the single “Monster’s feeling” was released, it was a not-included track of the album or it was made after the release?

TEOM: Olly: It was made after, right. We’ve decided to include it in the second album.

MR: Like many bands, a lot of plans, shows and good moments has been postponed due to COVID, how the band faced the situation?

TEOM: Olly: Well, mentally it was a meltdown. We hoped for a tour in autumn, but it was rescheduled on spring 2021 also. But, we’re all in this together and it’s life, what else I can say. We focused on the writing process and this time it’s an only pleasant thing. New songs just go very well and easy. And the sound will be exactly how we wanted! Actually, can’t wait to release it, guys!

MR: What are The End of Melancholy’s future plans?

TEOM: Olly: As I said above – we will release a new album and new clips.  Also, we want to stream a live show but actually I hope to come back to the road again as soon as possible!.

MR: Which moment, until now is considered Iconic for The End Of Melancholy?

TEOM: Olly: ha-ha! Of course it was our last show on a previous European tour and we were as an open band for Motionless in White. Endless thankful, for their vocalist and a really nice and awesome guy – Chris Motionless for picked us for their first show ever in Russia. I and my guys were so happy on that day. The show and the audience were simply amazing!

MR: Spread some words to all the metal fans of the world that are on this worldwide situation.

TEOM: Olly: First of all, we’re all in this together! Second, we’re all writing new albums for you guys! So…stay safe and metal! We’ll handle it together. No doubt!

MR: Thanks, buddies! It was an honour to have you here, tell us your social media to follow your career!

TEOM: Olly: My pleasure too! Thank you so much!