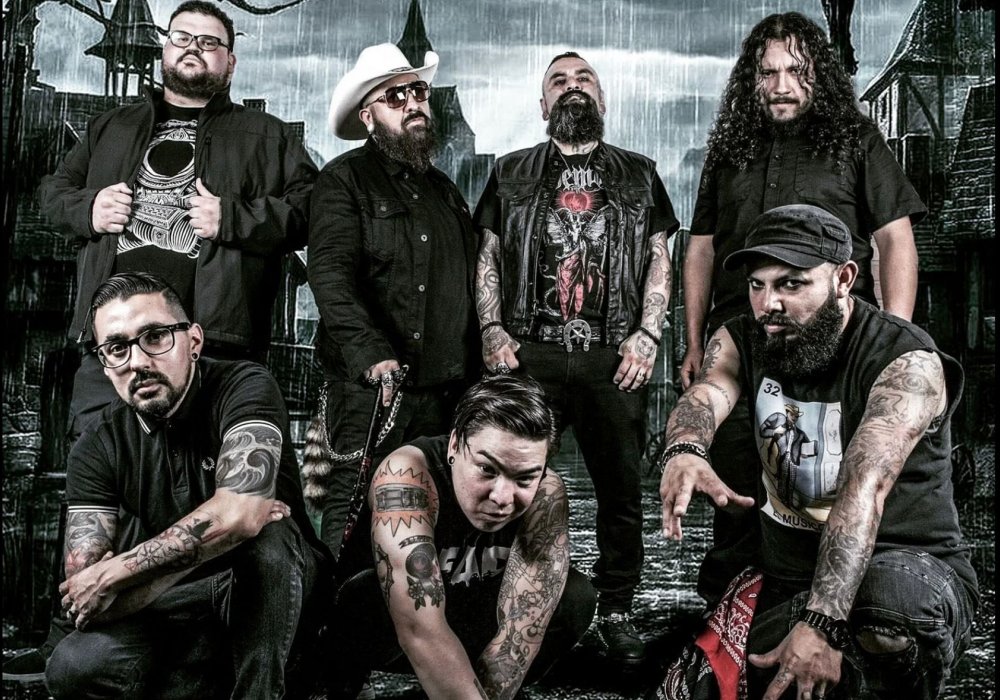 Imagine a rabid blend between the very early frenzy of SYSTEM OF A DOWN, the heaviness of SLIPKNOT and the explosive energy of SOCIAL DISTORTION in a Mexican setting and multiply it with ten and you might come close to the insane intensity that is 8 KALACAS (spoken: Ocho Kalacas). Not so much an ordinary band than it is a tidal wave of bristling energy, hard-hitting music and biting social commentary, the Californian Skacore familia is all set on conquering the world with their stupendous musical exorcism.

Today, Atomic Fire Records is proud to announce the signing of 8 KALACAS – The Godfathers of Skacore.

To celebrate their union with the label, 8 KALACAS present their new song ‘R2rito‘, the first single off their upcoming new album FRONTERAS, set for release on March 25th, 2022.

“This song is for all the people who are tired of the same routine day-in and day-out. We become robotic slaves to industry and the casualty of it all is our ambition. There will never be growth in a system designed for clockwork obedience,” comments Choriz, the man behind the trumpet.

Additionally, 8 KALACAS recently also signed a management deal with Dez Fafara (DEVILDRIVER, COAL CHAMBER), who is COO and founding partner of the Oracle Management (CRADLE OF FILTH, JINJER, THE 69 EYES a.m.) along with his wife and CEO Anahstasia Fafara. “When I was approached by 8 KALACAS to manage I was sent songs and immediately knew there was something special about this music,” says Dez Fafara and continues: “The combination of heavy metal, done in punk rock fashion with a ska twist and a horn section… you would have to be blind to not see the special combination of influences the band was mashing up! Then I caught them live and couldn’t believe how out of control the crowd was, how tight the band was, and how special this whole vibe surrounding them is. I was in!”

“This is the coolest and hottest shit out there,” says Atomic Fire Records CEO and founder Markus Wosgien. “The first thing that I heard and saw after Dez & Anahstasia introduced us to the band, was the video clip for ‘R2rito’, which completely blew me away. What an energy and what a damn unique mix! This had to be the first single and I want everyone out there to experience the same. Enjoy this aggressive chunk and prepare yourself for some more hits on the same level. This band is the future! Once you got into them, you will be addicted!”