Hailing from Beijing, Ancestor is one of the foremost old-school thrash metal bands from China. They have been creating headbangers since 2007. Their musical style is in the vein of early Teutonic thrash and the lyrical themes deal with the injustices of life and the philosophical dilemmas of being human.

In 2018, ANCESTOR’s debut full-length album “Lords of Destiny” was released via Awakening Records, which was met with rave reviews and was included in many top 5 and top 10 lists for 2018. The CD version sold out within 6 months (LTD. 1000), while the cassette version (LTD. 200) was released by Eerie Hint Productions and instantly sold out.

Now, the vinyl version will be released via Awakening Records on August 18th. With aggressive riffs, transcendental melodies, and thought-provoking lyrics, “Lords of Destiny” captivates and assaults. The solemn, artistic seriousness that is offered will leave you spellbound and hungry for more. Mastered for vinyl by Patrick W. Engel at Temple of Disharmony. 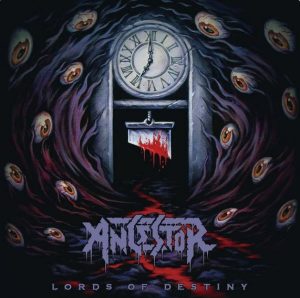