Today, Singapore’s Melodic Death Metallers ASSAULT are releasing their second single Minerva. The song has taken from upcoming album In Aevum Et IIustrata (In the Age of the Enlightened). The album will be released on 30 June 2021 via Eastbreath Records.

Vocalist Clarence shares about the album theme and the song: “The Bavarian Illuminati were formed by Adam Weishaupt and four other students in 1776. The group used the Owl of Minerva as their official symbol. The title and lyrical concept of this song is based on the roman goodness of wisdom ‘Minerva’ and the intertwined relationship it had with the Bavarian Illuminati.”

The album also featured a guest appearance by Andy Gillion from Mors Principium Est on the track 1788. 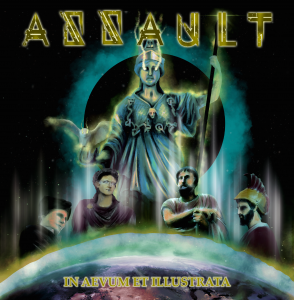