Drown The Faith are anything but drowning. With their new EP, Blood On The Page, they’re emerging from the depths as if they never left. Let me explain their beautifully, gluttonous EP as if it was a dinner with 5 courses:

The opening track (entree), Desperate Plea, still contains their trademark triple breakdowns with new rowdy lyrics to make your skin bubble. The song ends on an epic climax that’ll leave you on the best goddamn dopamine high from the unleashing endorphins that’ll follow.

The second track, Golden Brass, (first main) contains a much more veiny approach with the lead singer, Oliver Lucanus belting out some fine melody within his hell-fury screams. With a much slower breakdown than their first track, Golden Brass will have you head banging so hard the concrete shall crack beneath you.

In The Shadows (second main), has a far more power tune than the first, opening with a powerful, galloping riff, which left me wondering if the four horsemen were going to invade my living room. The breakdowns have elements of going in and out of galloping beats into a kick drum storm that would wake Odin out of his slumber.

Oxygen Waster (the third main) is definitely my favorite track on the album due to the overall melody and riff guitarists, Dalton Tuttle and Paul Colombera, spin. Out of all the songs on their album, I felt this was the track that had the most unique sound which showed me who and what the band really is. An external force. This track, from the opening melody to the final atonement, gives me great enthusiasm for these guys for the future. The licks are incredible, the lyrics are thought provoking, the drumming is tight and bass makes the sky part.

Ah, dessert. Washed Away brings the final battle that is the band itself. I found this to definitely be the hardest track. The ascending, powerful melody leads into a standstill drop of bass and drums that’ll have you moshing so hard, your eyes will reciprocate into your skull. And just like that, at the final scream it fades out leaving you clenching your fists in joy.
The band is definitely developing since they formed two years ago. They need to chase those unique riffs like in Oxygen Waster, if they do, I’ll be bleeding from my mouth with excitement for their next EP. These guys are brilliant even though they have only been playing together for two years, and Blood On The Page is a solid connection with no weak links. This will definitely not be the last time we hear from them. 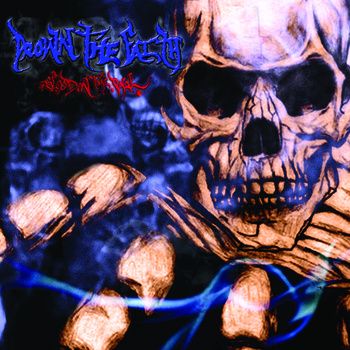