Kingsmoor have a pretty prestigious history even before heading to our hallowed shores. Guitarists Kelly Kele and Tony Paradise have walked the beaten path of Los Angeles opening for Mötley Crüe and Ratt. Now based in Queensland’s party central "The Gold Coast" playing along side them are vocalist Scott Anthony and bassist Campbell Matthews. Completing the five piece group is Kele’s son Kalen Kelly.

Kingsmoor’s hard rock roots are on display on their self titled EP. They take the influence from many bands that have stood on stages before them. The four track EP is classic Hard Rock, heavy riffs, lead breaks, and soaring vocals.

Opening out the proceedings is the track Sweet Fate which has a cool Maiden influenced section about a minute and a half into the song. Possibly the greatest song of all is the Anthem, I really dig this song, every Hard Rock band need a power ballad to raise a lighter to wave high above the heads of the many and sing along to, finishing up with a searing lead break. The Anthem is one of the better power ballads I have heard in years.

If you didn’t like The Anthem and raised the roof with your voice, you could be in trouble and have Hell to Pay, the final track in the 4 song EP, returns with the heaviest song on here.

With Kingsmoor’s pedigree the full album should be killer, I really like their style of Hard Rock, again proving not every thing needs to be played at brutal pace to make people headbang. 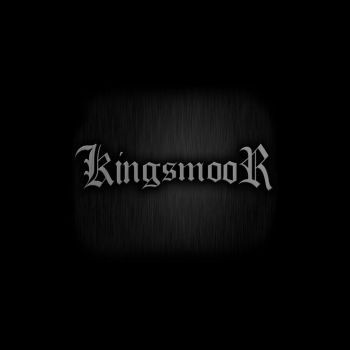