The Devilzwork are a Canberra based Industrial Noise outfit born out of the warped mind of the ACT’s very own dark lord (and I don’t mean the prime minister), Whisky Jones, the man who also brought us sludge merchants Chud. You can hear the distinctive characteristics between the two bands, very much a trademark of Whisky’s style as a producer and musician, throwing us a very bass heavy reverbed sound, and the addition of the synth gives it more atmosphere and clarity.

The vocals are excellent, although I do find the over production a little tough on the ears at times, but the brand of music with its industrial styling you can get away with it. Running for around half an hour with 8 songs, "Floodlights" takes you on a journey through Metal and Electronica, with songs like "Hive" that wouldn’t go a miss at an 80s nightclub with its electronic beats to tracks like "Monochrome" that sounds like a mixture of Nine Inch Nails and Godflesh, interesting mix here but it works, and if your familiar with what Whisky gives us you understand where he’s aiming for with this release.

The Devilzwork is a must for anyone who has a tinkling for their music slightly off centre and fans of Mr Jones’s production will love this, not just metal heads or industrial fans, with the synth work it can cater for many people’s tastes. Although it’s electronic heavy in parts of this album it doesn’t take away the fact that it still has an evil atmosphere surrounding it, like a soundtrack to an alien invasion right before they jam a probe in us! Whisky Jones’s stamp is all clear to hear with this album and its very enjoyable, something different but definitely worth a spot in the collection. 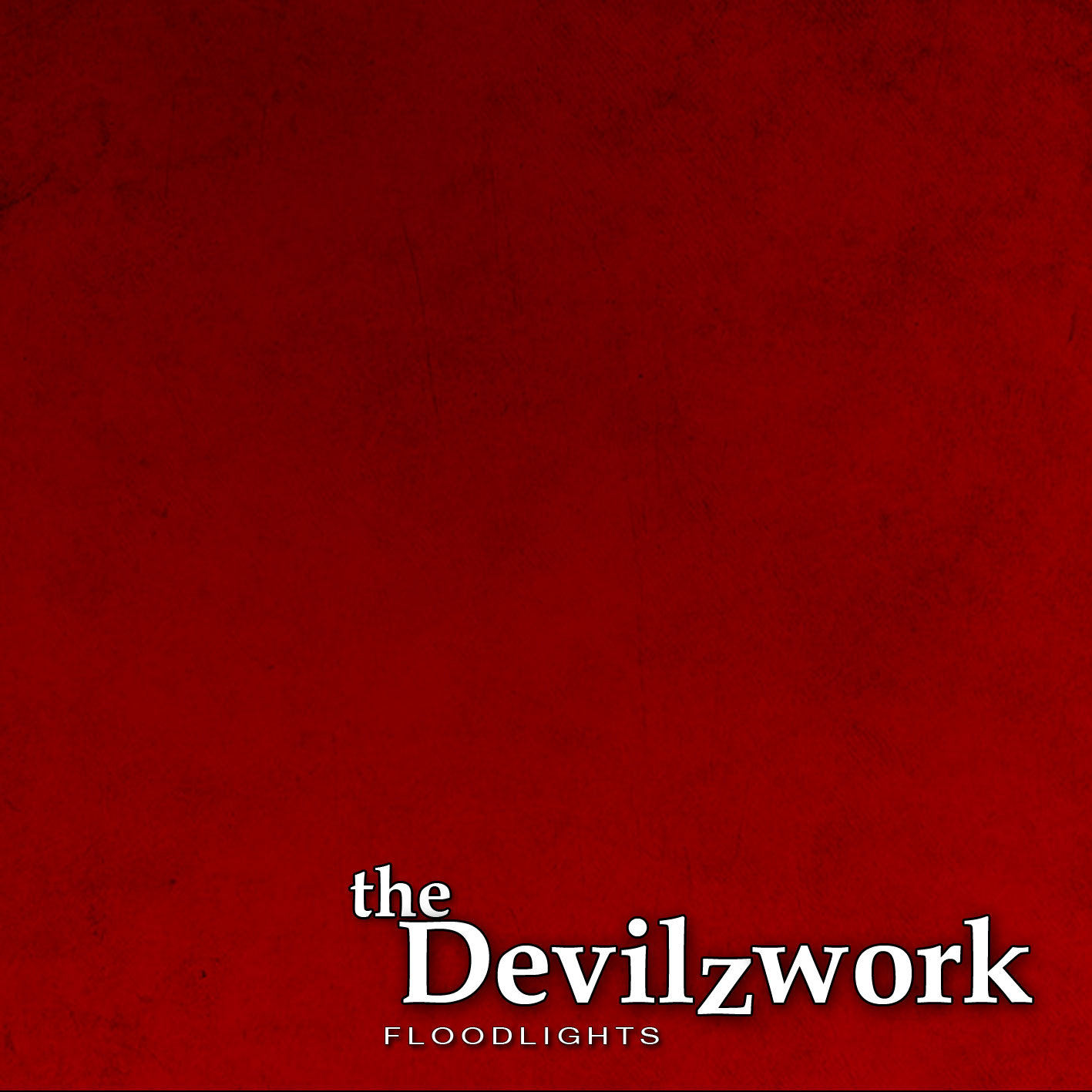