Rezume are a brutal death metal band out of Denpasar Bali and have just released their first full length album Fragment of Blessedness Spermicide.

Before you even listen to one note from the album the graphic artwork lets you know you are in for a ride of extreme proportions. With their subject matter, porn and extreme gore the first track Tiamicine 500mg pulverizes and tears you part like a bandsaw mounted on a freight train. This track provides one of the few hooks on the album and is actually catchy in parts. Don’t let that have you resting easy as you prepare for the next wave of devilish death metal, as the brutality of Kadir and Adits’ guitars deliver wonderfully deep and gutturally powerful riffs while Bir and Gustra go close to cracking skulls with their bass and drums. Rizky provides the mostly incoherent vocals that sound like someone or something from the depths of hell.

This is a very brutal album with Rezume clearly delivering a strong signal to the listener of very good death metal. A couple of negatives might be that some of the tracks do sound a bit the same and do tend to all run in together with not much to break it up which can create monotony on repeated listens. At times some of the songs can sound a little messy which although a very extreme album it would still be nice to have a little clarity.

Overall this is a pretty good extreme death metal album with enough here to make for a worthwhile listen. With some tweaking of the sound and a little more diversity in the songwriting this would be a very good album.

This album is recommended for those who like extreme death metal 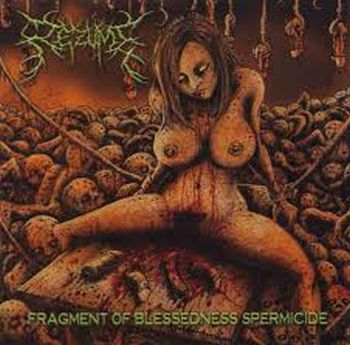