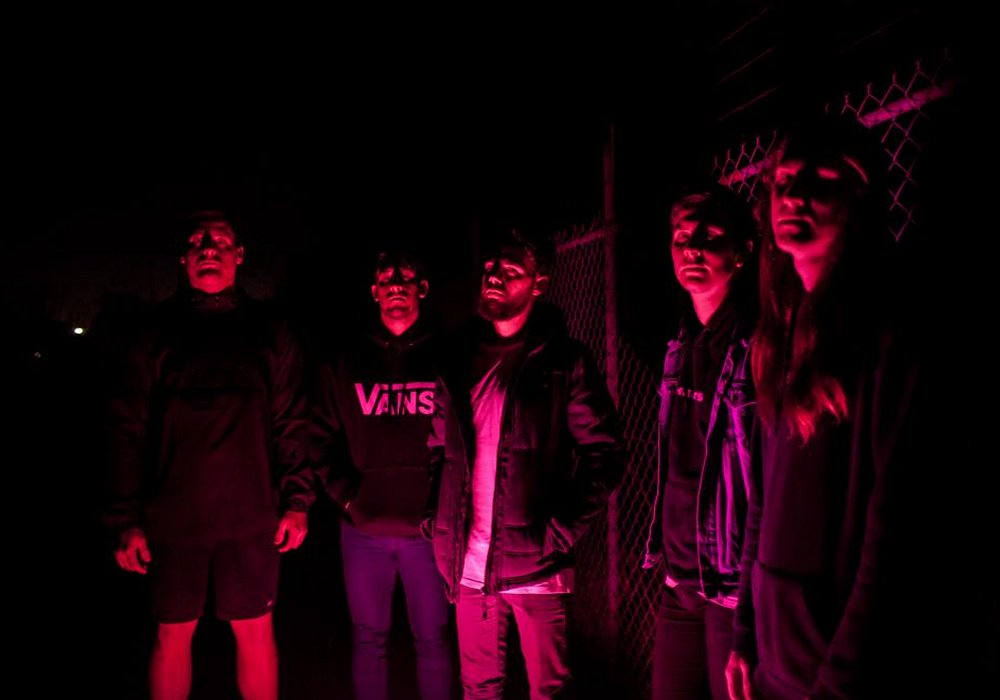 Today marks a significant day in the life of Newcastle deathcore outfit The Wandering. While certainly not alone in their struggles over the past two years, The band have taken hit after hit and seen all of their best-laid plans fall over, time and time again. But, like a diamond, pressure and time forms something beautiful – and in this case, incredibly HEAVY.

The new single ‘A Beautiful Agony‘ is the first of many steps in the band’s rebirth. It may have taken longer than initially planned, but the Newy boys are BACK with their new single and video. The single is out now at https://distrokid.com/hyperfollow/thewandering/a-beautiful-agony! The video has amassed 3k views in less than 24 hours!

The band state that A Beautiful Agony is “…about self destruction, denial, actions and consequence. Every single person lets themselves and those they love down, but accountability is rarely taken until we’re faced with the avalanche created by our own actions. How can you ever respect yourself if you bury your head in the sand? How can you ever truly love someone if you can’t acknowledge that you’ve let them down? Without a doubt people can change, unfortunately the catalyst often comes once the damage has already been done. We all have our own metaphorical Everest to overcome, but just like the mountain, most people will never make it to the top.”

The new track was Produced & Engineered by Matt Clarke and Mixed & Mastered by Lance Prenc, the Music Video was handled by Greg Oroth of Vokta Productions and the Artwork designed by Ben Tranter (Static Flow Creative).

The band also have tour dates on sale now, alongside Nicolas Cage Fighter and Vilify. They hit Brisbane’s Woolly Mammoth on Friday February 25th, Sydney’s Burdekin Hotel on Sunday February 27th and Melbourne at the Bendigo Hotel on Friday March 4th! Tickets are on sale at eventbrite.com!

For those who haven’t been on the journey to date, The Wandering began to experience momentum following their second single ‘Malignant’ and three-track EP ‘The Serpent Sun’. This led to the band  playing a variety of sold out shows across the country, support noteworthy Australian and international bands and as well as receive national radio play.

2020 was intended to be the breakout of The Wandering, kicking off with a sold out show at the Cambridge Hotel in their hometown of Newcastle & gearing up for a national tour in support of To The Grave. As everyone knows, March 2020 brought COVID to Australia. Without any doubt, the pandemic was devastating to the industry as a whole but was especially debilitating to an up and coming band with big plans. All momentum immediately ceased and every plan that had been meticulously thought through since the bands conception had fallen on its face.

They released ‘Salt of The Earth’ in September 2020 – with it gaining national radio play and tens of thousands of streams and views across multiple platforms – but in another case of things not going their way – Youtube channel ‘Slam Worldwide’, was audited by Youtube and as a result, multiple videos on the channel, including The Wandering’s new single had been flagged and age restricted, meaning the video would no longer be recommended to other listeners on the channel and the views which were increasing by the thousands every hour had grinded to a halt.

In addition to the multiple tours that were cancelled and the postponement of the bands debut EP, the restriction on Youtube was another significant blow and dead end. After what seemed to be win after win for the band over the first year and a half, The Wandering had suffered multiple losses which essentially took the band back to square one. Through much deliberation, the band decided the best course of action was to recalibrate, rewrite and re-plan.