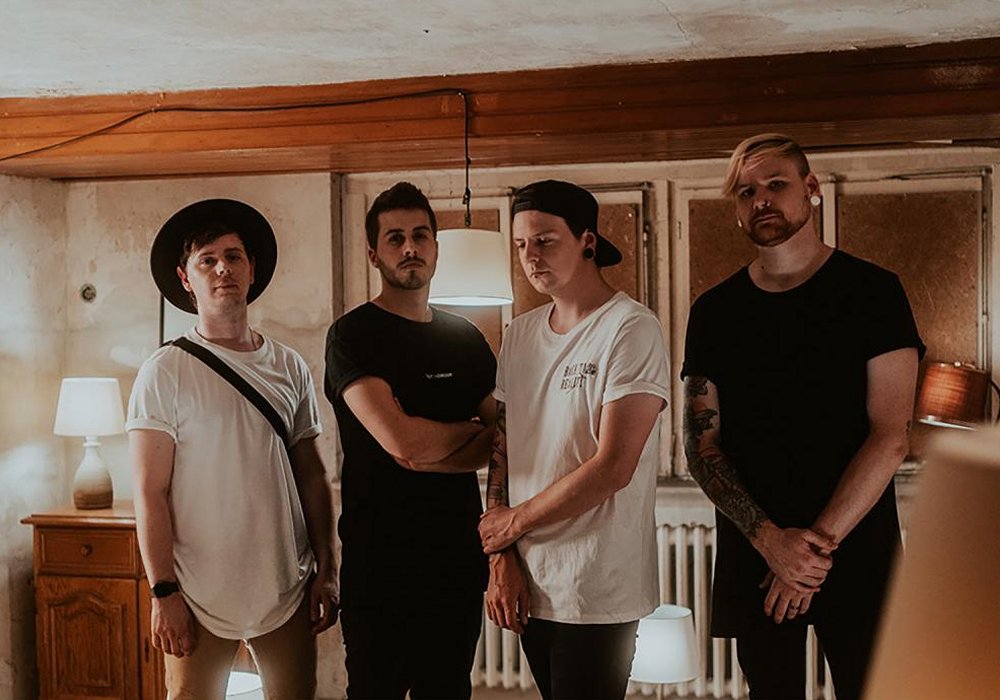 Post-hardcore outfit OUR MIRAGE just revealed their brand new single / video ‘Calling You‘! While it feels the latest album »Unseen Relations« was just recently released, the four musicians dropped another single of their upcoming third album in the band’s history!

This time in a new tuning and with even more heart-crushing heavy vocals.

After their recently released singles ‘Remedy’ and ‘Through the Night’ another absolute emotional and hard-hitting masterpiece straight out of their hearts that hits every nuance and aspect in writing perfectly.

The sound of OUR MIRAGE accompains listeners in real-life situations during the current and ever-changing times. Melodic tunes paired with heavier shouts express a newer style of OUR MIRAGE.

It seems like the pandemic did not harm OUR MIRAGE, quite the contrary – they used it as a reboot to come back in a powerful way with new sounds and emotional lyrics.

Hailing out of Marl, Germany, this four piece Post-Hardcore group really hits you deep in your emotions. From the ambient music to the emotional lyrics that really strike a nerve, OUR MIRAGE offers a vast variety of elements that many of us can relate to. This young group is becoming known for the emotion that they pour into their music and their latest release »Unseen Relations« takes that line even deeper. The group largely focuses on the problems that our youth deal with internally but their music doesn’t just speak to them, it is very intuitive of the problems and struggles that we all deal with on a common basis.