Perth rising metal stars INFINITE EXILE kick off 2022 with a brand new song “WAR IS HERE“. The new track is indicative of a heavier direction from their previous material, delving further into the bands unique sound, constantly evolving and never once following a trend.

Heavily inspired by 90s thrash and groove metal, the band draws inspiration from Pantera and Machine Head, blended with modern progressive elements and mixed in a way that gives the music a unique and timeless sound. Tight eclectic rhythm guitars, groovy intricate basslines, and explosive drumming, all combining to create the backdrop for aggressive and saturating vocals.

On the new song, the band comments: ““War Is Here is us at our fastest and most aggressive. 2022 is a new era for the band, we’ve never been more focused and determined, and we really wanted to come out of the gate swinging with a statement piece that encapsulates what a lot of us are feeling right now with the current political climate worldwide. There’s so much anxiety, confusion and division, and this song speaks about that, and we believe it succinctly portrays our thoughts and feelings on the subject”.

“War Is Here” will be available on all digital streaming platforms on January 21st. A video for the track will also be released soon after. Pre-save War Is Here on Spotify here.

Check out previous tracks “Piss and Intolerance”, “Skin” and “Ruminate”.

Perth based Infinite Exile was formed in mid 2020, with three of the members having played together previously in Human Effigy, and Shannon Marston (Vocals) and Josh Fox (Bass) having played together in internationally touring bands for over a decade. After the dissolution of Human Effigy, Shannon, Josh, and Fabian Vacca (Guitars) decided to reaffirm what they wanted to create, and settled on carving their own path through genres rather than trying to conform to what other bands were playing, or writing music to fit within a certain genre. Enlisting drummer Kallum O’Regan, the band wrote and released two singles “Ruminate” and “Skin”. After debuting these tracks live, as well as some demo tracks, the band decided that their live show needed one more guitarist to round out their sound. After Sam Walker-Smith joined the band in early 2021, the lineup was completed and the band had found their cohesive groove.

With the full lineup, Fabian started finalizing the new songs with input from the rest of the band, for what would become the EP The Path Of Most Resistance. The EP was mixed and mastered by Gareth Hargreaves in Brisbane, with the band working remotely to send him tracks. Artwork was designed by Fiaz Farrelly, with the EP cover being shot in the Catacombs of Paris.

Infinite Exile is currently writing music for the follow-up to their debut EP The Path Of Most Resistance (released in 2021), with the intention of releasing singles later in the year off of a forthcoming LP. 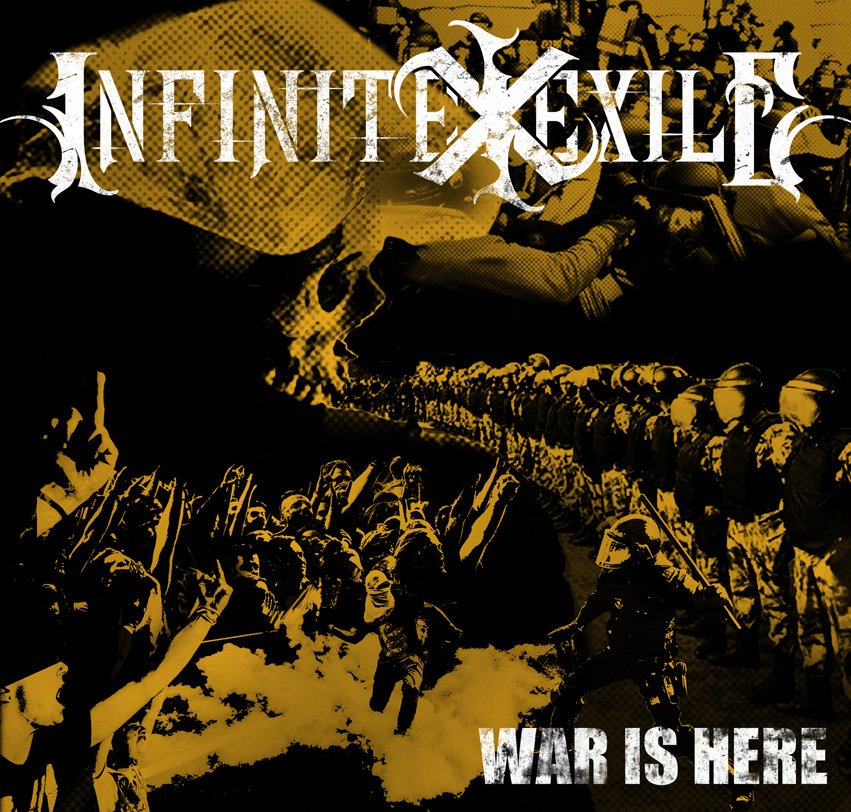