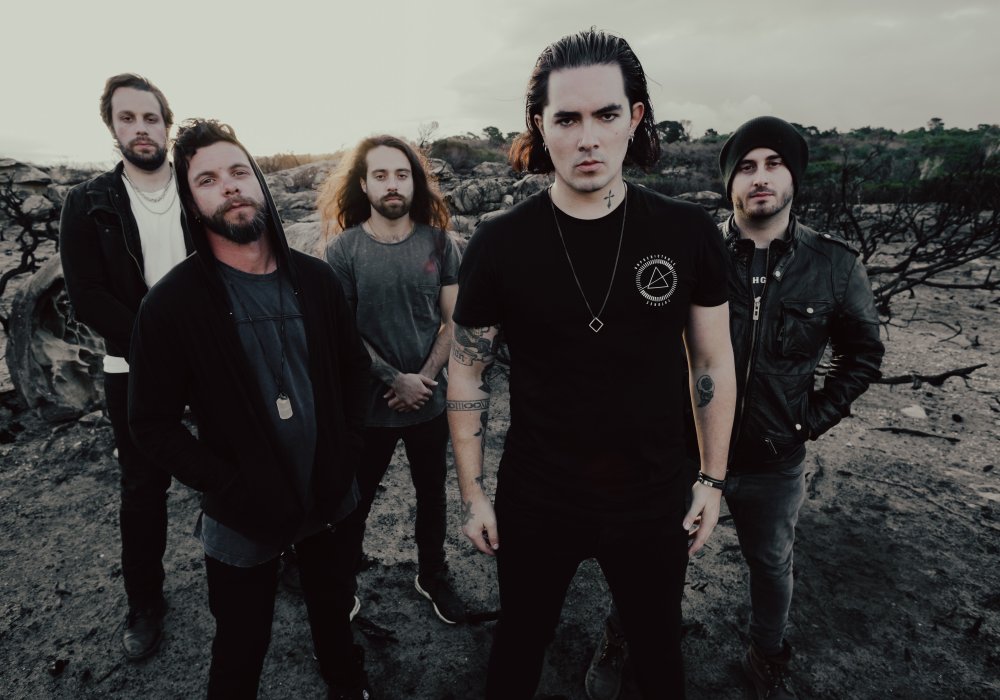 Sydney hard-rock outfit Bad Moon Born unveil their timeless new single ‘Light Leaves The Day‘, a track that sees the band lean more into an acoustic and melodic rock direction for their first offering in 2022. The song’s theme and honest lyrics shine a light on Jordan Von Grae’s (Vocalist/Lyricist) personal struggles with addiction whilst highlighting his journey to sobriety.

“Light Leaves the Day addresses a time when I’d been newly sober following several years of chronic alcoholism and drug abuse. The initial clarity that came with sobriety brought several unaddressed mental health issues to the forefront, leaving me to confront them unaided through means of self-medication. It forced me into a terrifying loop of introspection which, through therapy and the support of my loved ones, ultimately resulted in a newfound desire to commit to my personal development, and change my behaviour. The song was written at a time when I was new to this change and whilst I was hopeful for the future, I was terrified that my efforts wouldn’t be enough to save the relationships I’d damaged throughout this time. 18 months on, I can safely say that committing to sobriety has been the best decision I’ve ever made.” – Jordan Von Grae (Vocalist/Lyricist)

The track was recorded at Morava Audio and produced and mixed by guitarist Voya and mastered by Chris Blancato (Northlane, Glass Ocean).

‘When we sat down to write the songs for ‘The Heart From the Hollow’ singles collection, Jordan suggested including a ballad to help balance out the heaviness of the other tracks. I had a couple of acoustic ideas in 3/4 I’d been playing with and decided to arrange them with multiple synths in a way that didn’t give it the feel of a ‘typical’ ballad. I was sort of envisioning it as a ballad composed by aliens, with enough nostalgic and latter-day elements to please a wide array of beings. When we got together to go through the lyrics and vocal melodies, everything fell into place quite naturally.’ – Voya (Guitarist/Producer)

Since 2016 Bad Moon have been building up an impressive presence for themselves across the release of two EPs, extensive touring across Australia, including headline shows and tour support for Buckcherry and Hardcore Superstar. In August 2020, the band released a cheeky cover of Billie Eilish’s Bad Guy which attracted 95K plus streams, while in 2021 they released 5 consecutive singles, known collectively as ‘The Heart From The Hollow’ series. ‘Light Leaves The Day’ is the fifth and final installment in the series.

The band are currently working on their new album due out this year.