Australian female fronted powerhouse Temtris are releasing a lyric video as an appetiser for their sixth studio album. They have chosen the album’s title track, Ritual Warfare. The album Ritual Warfare is due for release on 30 April 2021 via Wormholedeath. The band also announced the Ritual Warfare Across Australia tour dates to promote their release.

Temtris combines the best elements of heavy metal and brings them to life with a modern feel. Ritual Warfare delivers powerful and soaring vocals, twin guitar harmonies, blazing solos and a crushing rhythm section that drives a catchy chorus leaving you hungry for more.

Ritual Warfare single is available on all digital platforms. 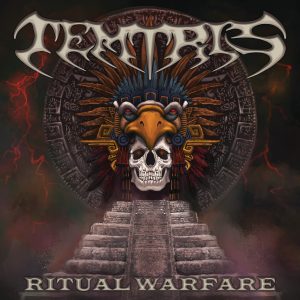 1.Race to the end
2. One for all
3 Seven Sins of man
4.Forever
5.Ritual Warfare
6.Tempus Aeturnum
7.Erased
8.Always United