The much anticipated second album Blood Becomes Fire from the sludge metal four piece from NZ, Beastwars has arrived. Where would they go after the relentless power of the first album?

It opens with Dune, with a slightly more evolved but still thick guitar and bass rumble, and the vocals from Matt are still just as intense. Tower of skulls is a stand out, with its chilling line "Join us forever" and another great riff. Rivermen is something quite different and more subtle. Matt’s vocals are significantly smoother and the instruments are all much more laid back, but I am really impressed with the drums on this, which have a great natural sound driving it along. Caul of time is heavy at an epic level, and just builds and builds. The title track and The Sleeper also have a softer vocal approach, but fear not, these are not power ballads, just the quiet before the storm, especially the distortion overload of Sleepers chorus.

The band is evolving and taking a few risks instead of just staying with the same old sound. The vocals are becoming more dynamic, and this is the kind of light and shade that makes the heavier moments just so much heavier. Beastwars are just getting tighter and refining their craft and while they sit in the company of great bands in the sludge metal genre like Crowbar and Eyehategod, they have definitely started carving their own niche. 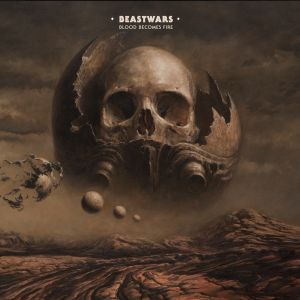