Metal is a genre of which it can be said; there is not much else that can be done that hasn’t already been done. That being said I’m a firm believer that if your influences can come across in your music well enough, then being completely different doesn’t matter.

That is a definite for this Brisvegas based, industrial metal four piece!

Their second full-length release, Dark Verses, shows a plethora of influences, which took yours truly down memory lane. The band itself has a very gothic direction; following a look and feel of the great Marilyn Manson persona, but that is only where they start. The album rocks n rolls in and out of an extremely commercial rhythm base giving some parts a Kiss feel. There are riffs and base lines reminiscent of the nastiness of LA rockers Motley Crew, grizzly death vocals, which had me dreaming of W.A.S.P.; there’s the electronic vibe of Nine Inch Nails, all continuing the satanic ritualistic pursuits of Merciful Fate.

From the moment this album takes off you are banging your head and loving every riff thrown at you. "Dark Verses" is the opening stanza and screams power metal all the way. "Freakenstein " blasts commercial metal and cries from the soul, a freak that is "just a product of misery". "Six Hundred and Six, Six" looks like the first single release, see the bands website http://www.darkc3ll.com/music/) and really propels you into the Glam Metal 1980’s when metal ruled. "Suicide Death Ride" is a very cool surprise packet, with a very middle-eastern feel, but still packing a punch.

There’s no point going into every song, as if you don’t get onto this release you are the one missing out. However just to through the final word out there and rebuke the albums third track (Death of Rock’n’Roll). This album is testament to it being well and truly alive. DARKC3LL and Dark Verses rock! 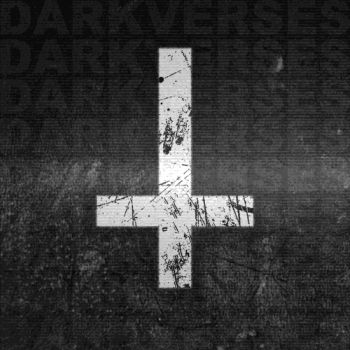