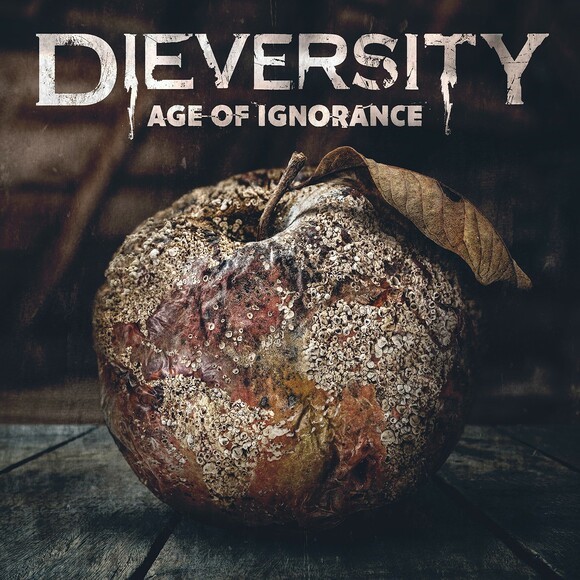 The line between modern melodic death metal and metalcore is blurry, and Dieversity positions themself right on that blur with its latest release “Age of Ignorance”.

It conveys very mitigated feelings, as it sometimes makes you headbang in windmills at the epicness of certain riffs, but you might be underwhelmed at some times when the voice goes as soft as that of a pop boys-band. And I think this is one flaw of the “metalcore” movement, as it can’t pick a side, whether to kick you in the butt with groovy straightforward riffs or to rock you like a baby that’s about to sleep with a voice sweet as honey. One thing is to be highlighted is that independently of one’s taste, the technical mastery of all the said vocal techniques is beyond any discussion, the vocalist takes the matter into his hands and does the job in the rules of the art.

On the same spirit as the vocals, the riffing oscillates between face-melting riffs and epic open chords which could very well be used in a Hollywood blockbuster. The band doesn’t shy away from their influences, which can sometimes be reminiscent of old-school power metal, and they do as they feel, and it feels like they enjoy what they do.

The mixing feels like it was done meticulously, with the right amount of work put into it, the emphasis is put on the snare drum, the guitar tones are tweaked to suit the genre that’s played, and the overall result fits within itself.

EMERALD SUN: Release cover and tracklist for the new album “KINGDOM OF GODS”

The Greek power metallers EMERALD SUN will release their fifth album “KINGDOM OF GODS” on January 28th, 2022. It will be the first collaboration with their new label EL PUERTO RECORDS. KINGDOM OF GODS (Cover […]

Formed in 2006 by the Beselt brothers from Germany, Sons of Sounds are a progressive rock four-piece comprised of Roman Beselt on vocals, Wayne Beselt on guitars, Hubert Beselt on drums, and Marc Maurer on […]