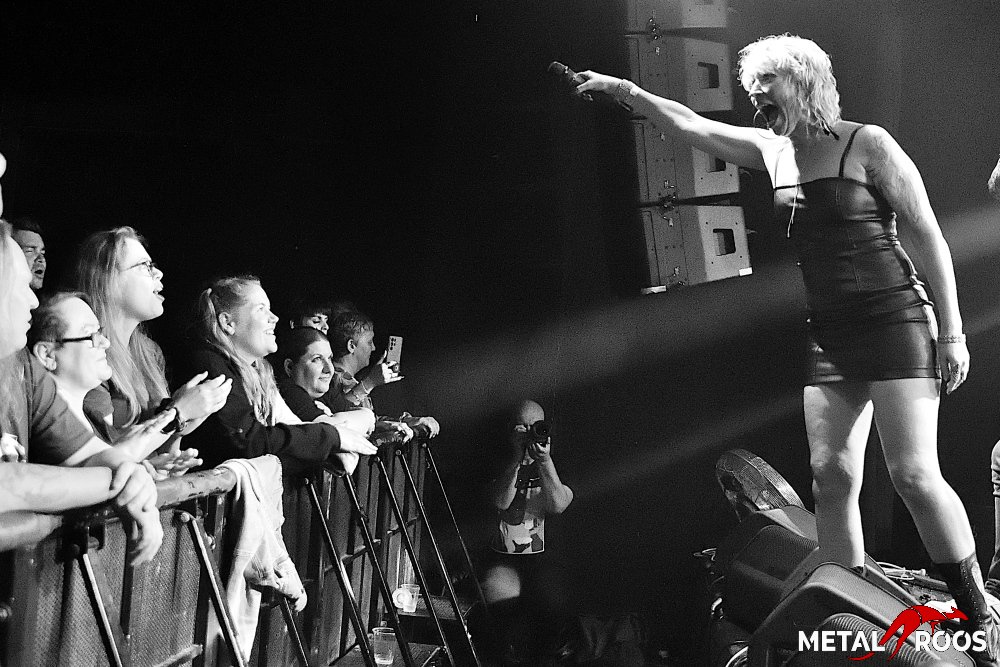 So, its been 288 days since Siv & I have hit the Crowbar, but what better excuse to make our return than the annual Metal United Down Under soirée?! Helpfully, the constant deluge seems to have eased for the moment, so things are looking rosy for a stellar return to Sydney’s ‘Home of the Heavy’. The bill is a creditably wide variety of genres, something for everyone!

Shiny Suits, Hooky Choruses, dancers dressed up as road workers… all they needed was a mid-set game of Bingo & Miss Jane will have all of the family entertainment angles covered. As it was they were a Pop & Fizz to kick proceedings off nicely.

It’s been 2 weeks shy of 12 months since I saw Age of Emergence last, and they seem to have put the time to good use! The muscular grooves, monstrous riffs & the whiplash inducing changes of pace and the general interplay between the band are seamless. No signs of lockdown rust here, Singer Dean Holmes sounds huge, and the werewolf looking Matt Neilson’s grunts & howls add plenty of colour, while Drummer Benn Baxter was literally steaming at the back. The highlights being the jig-like riff from ‘Wake the beast’, and ‘Your Kingdom Dies’, highly recommended!

Victoria K begin with a pulsing intro, segueing into their Symphonic sound, with music box lullaby running throughout. The songs themselves had shades of Enya & Kate Bush with a power metal backing band. The symphonic sounds layered over the top, with Victoria’s powerful voice, and bass player Charlie’s animated presence & death grunts made for quite a show! The crowbar gave them a Rapturous reception, I feel like Victoria K would be much more of a spectacle on a larger stage with full production.

Carbon Black had people lining the barricades in anticipation before they started, and were duly greeted with a massive welcome from the Crowbar crowd. Opener ‘Red Flag’ with its Martial beat into thrash maelstrom, ‘Scars’ melodic intro to its brutal climax, through to new single ‘Under Order’ the Wollongong boys are all hits! The random bird-calls from the crowd are among the stranger crowd responses that I’ve heard but “you do you, sir”. The crowd signing every word to old and new songs, Carbon Black owned the crowbar tonight!

Not having seen Red Sea before, catching their last ever show is a bittersweet affair. The band and crowd were all quite emotional which made for a spectacular send-off. The set began with the ethereal ‘Rapture’ but by the crowd favourite ‘Hurricane’, the room was shaking. Singer Erica has an immense voice, and fantastic charisma, as does Bass Player Attila it will be very interesting to see they do next!

All told it was a fitting farewell to Red Sea, and a fantastic climax for this years’ Metal United Down Under, I certainly cant wait to do it all again next year. 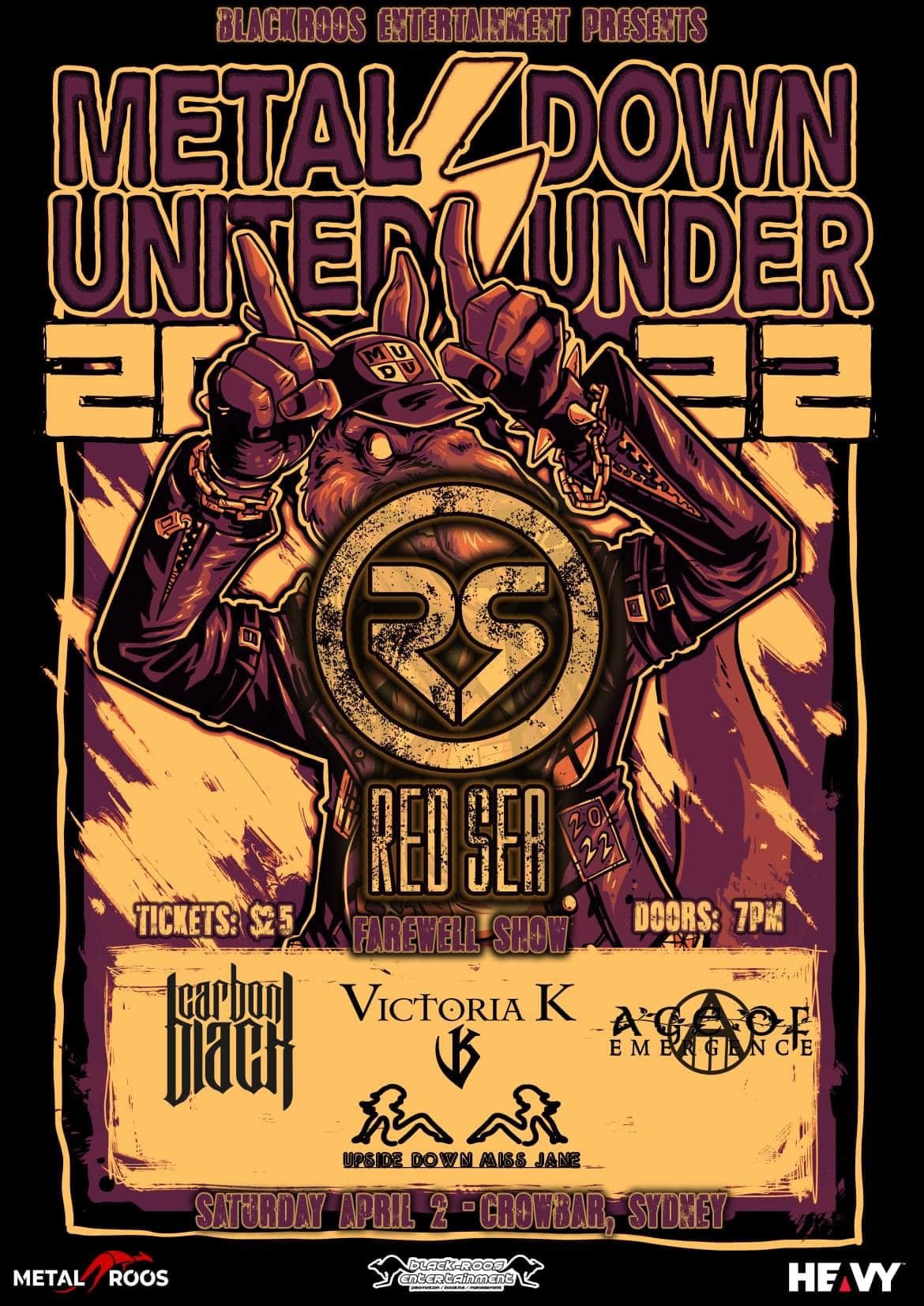 INTERVIEW: Nescient – Metal United Down Under 2017

1 October 2017 Annie INTERVIEWS Comments Off on INTERVIEW: Nescient – Metal United Down Under 2017

Nescient formed in early 2011 on the Gold Coast, Australia. The band set out early to discover and create their own unique sound within the metal scene, drawing from the eclectic musical influences of each […]

Based in the Illawara area in NSW, Carbon Black will release their latest album “End Of This”. We grabbed a few words from the band to find out more on the release and the band […]