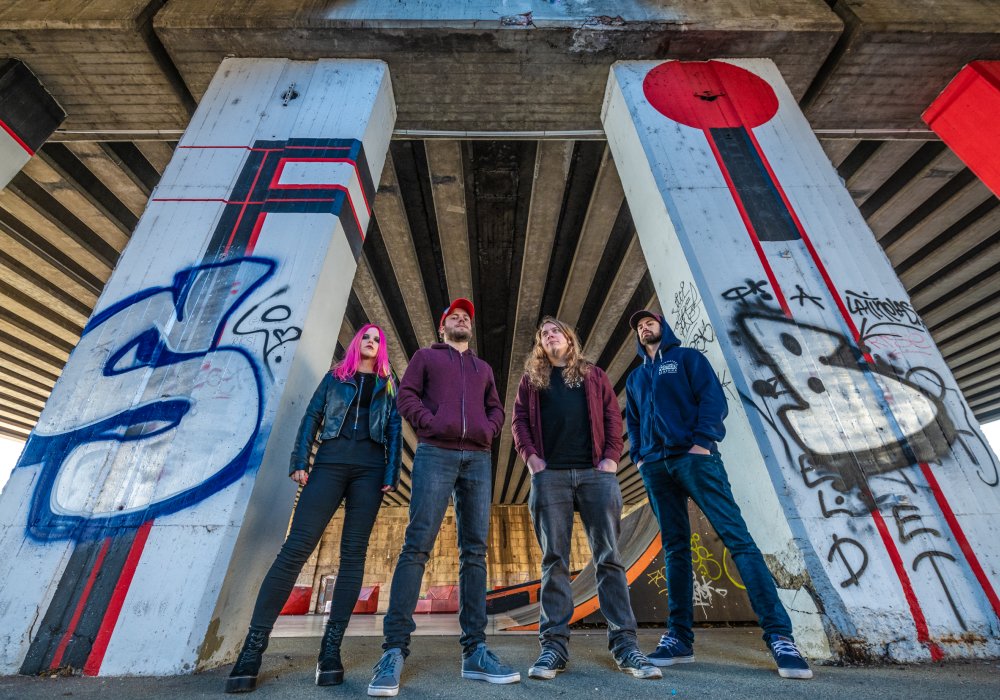 Hungarian metalcore/deathcore band Nest of Plagues have released a new single & video for “”Unimprint“. It comes off an upcoming album to be released later in 2022.

The band states: “Unimprint is the 6th single of our second full length album ‘To Kill A God’ coming up next year. The song is about the mental health stigma that society puts on people who suffer from mental disorders. It’s about the fight we must put up against these negative representations on a problem which could be easily helped by a good social network and a positive attitude. In the video we want to show how these stigmas slowly damage us and destroy us in the end no matter how hard we want to escape it. We wrote the song’s instrumental part during the height of the pandemic where we were in lockdown together.”

NEST OF PLAGUES is a modern death metal/groove metal/deathcore band from Budapest, Hungary. De facto the band was formed in June 2014 by bassist Dániel Ivanics, guitarist Márkó Nyerusáji, guitarist Máté Breier and drummer Balázs Fűr. In September Márkó left the band as he had lost interest in the music the band was playing. To fill the role of the second guitarist, Tamás Bölcskey, the guitarist of Dániel and Balázs’s former band, joined the band in October 2014. Probably the real starting point for the band was when Tamás joined.