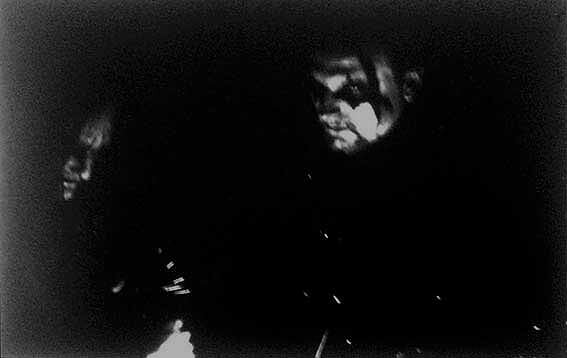 Ichor conjures the epitome of darkness and the power of Pure Black Metal. For this Australian band that has been terrorizing the notion of normality since 1993, theirs is not just music but an assembled multitude of dark forces that are literally the fluid that runs through their veins as Wraith (Guitars) explains

“The energies that course through the veins of Ichor are vengeance, reverence, and the old cunning ways. Ichor is a conscious departure from what we have done before or will do in the future and the sophomore album “The Black Raven” is an altogether different beast from the debut, “God Of Thunder God Of War.” A Slower, moody affair, “The Black Raven” is more emotional with a fatalist resignation. We felt that slowing the pace of the material with a focus on heavier production would suit the subject matter and the feeling that we are trying to convey on this new album.

‘’The name Ichor is of Greek origin; it is the lifeblood of the Gods. The substance which separates the Gods from the human race. It is a source of power but also toxic to mortals. So, the bittersweet quest for it is a metaphor akin to the tale of Icarus, a cautionary notion touching on the frailty of the mortal coil and voracious ego. The concept behind the band taking on this name is grounded more in a framework of animism and the idea of taking the archetypes of the old ways and reinvigorating them for a modern age – equality to God or in this case Gods. Additionally, the reverence for the natural world and an understanding of our place within it is also a crucial part of the themes we explore

‘’Slavic folktales and folklore are the predominant influence on Ichor. Traditional tales of spirits, gods, and the beings that came to be known as vampires are a few main points of interest. As well as a disdain for Christianity and one can only hope that it will someday be held accountable for its greed, manipulation, and the damage it has caused and continues to inflict on cultures around the globe.

MR: The choice of The Black Raven, the god of prophecy for your new album?

Ichor: ‘’The almost universal meaning attributed to the Raven, being a prophetic creature and also a cunning trickster spans millennia and many cultures; from the Ancient Roman Empire to Celtic and modern-day England, Germanic and Viking cultures, the Shamanic peoples of Siberia and Northern Asia, Hinduism and the indigenous communities of North America as well as the Slavic diaspora, to name but a few. The raven has long been used in poetry, folk music, and art as an omen, usually of death or misfortune. So, it seemed the perfect embodiment of the overall concept and theme of the album – the archetype of the harbinger of death, a psychopomp, and a connection between the world of the living and the dead. All of these attributes and roles resonate throughout this release. Ultimately the raven is a messenger, beckoning the listener to join the fateful journey.

MR: The use of Slavic Mythology with the epic ‘’Veles is Here’’

Ichor: We chose to name one of the Gods in this particular song as the character and spirit of Veles course through every second of this recording. Veles represents a force that is multifaceted, adversarial, rebellious, and wild.

MR: Ichor is a darker / heavier project than your others.

Ichor: ‘’The recording of this album began much like any other, but it soon started to have a mind of its own and led us in an unfamiliar direction. Things started slowing down and riffs became more melodic. A decision was made early on that no blast beats or fast songs needed to be on this recording, almost like a natural reaction to the first album. Meanwhile, the inspiration came from “Viking” era Bathory and Second Wave Pagan black metal. We also wanted to add a cinematic quality with ambient sections and acoustic guitar to add breathing space. These varied elements started to coalesce and make sense and thus – The Black Raven drew breath.

Ichor: The influence of the first wave is always there for us and elements of the second wave are also a very strong and important part of Ichor. We tried to make dynamics an important factor in this recording while retaining a somber and slower pace. So, although some songs are technically long, they don’t feel like they drag or have superfluous sections. We felt that a bigger sound was needed to try and convey the themes of war and loss – the human condition and the role we think that myth and magick play in the scheme of things. Musically and stylistically, there will always be the influence of bands we admire.

MR: Do everyday topics, not concern Ichor? Is there a lesson to learn from the gods?

Ichor: We function and navigate our way through the modern world as everyone must. The subject matter touched upon in the recording merely scratches the surface of a living and breathing tradition that is interwoven with modern existence. Ichor, although merely a band is a platform to express all manner of topics. The tales we weave are allegorical and although thematically set in times long ago with a varying degree of fantasy, are stories of conflict, woe, and triumph that are relatable fables in any age.

MR: Ichor is labeled black metal. Do you think so?

Ichor: This is an interesting point as it seems to have caused some confusion and contention with this new album. The band started off as black metal and we feel it is still black metal. Yes, it does have what can be classed as doom elements. As touched upon in previous replies, these are tools to create dynamics and atmosphere in the album. If we are going by strict fundamentalist rules then no it isn’t, as it is not Satanic. But as the genre has developed over decades, we feel there is a place for Ichor amongst the ranks of Black Metal. But ultimately people can label it what they will.

MR: What drives you to the edge of extreme music and is It the only outlet for you to express your ideas and music?

Ichor: We have multiple projects and bands and most of them are in the extreme metal world. A Dark Ambient release or perhaps even the occasional film score break things up sometimes, but we always gravitate back to Black Metal. It struck a chord when we first heard the genre and we have been devotees ever since.