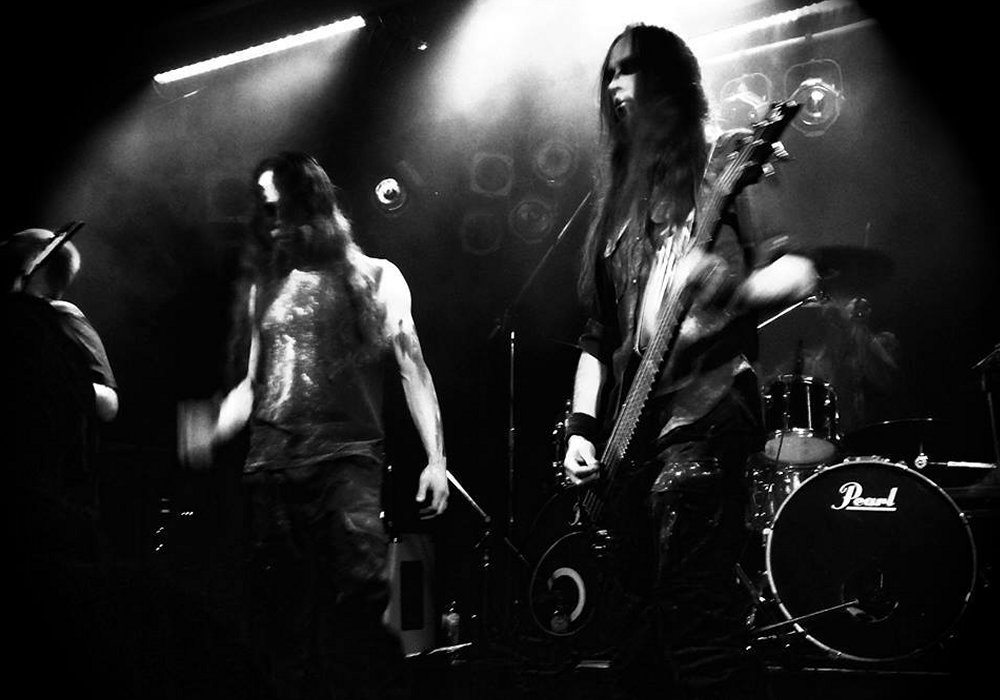 Norse (Australia) has redefined extreme music with their scathing release “Ascetic”.  It is bleak, compelling, and aggressive in it’s musical chaos created as a weapon. Ascetic is the natural progression from The Divine Light of a New Sun as Forge explains.

Norse: ’The sound and the writing style have evolved, and I’d call it refined now, a bit less chaotic, even though there are still very chaotic parts in the new album. I feel more in control of what I’m writing and have more of an end goal in sight. More focused, more refined, and being able to execute what I hear in my head this time around.  That also applies to the production on the album, better know how the studio and audio engineering this time around.’’

MR: The approach to extreme music has changed.

Norse: ‘’I find that you don’t need chaos and a million bpm blast beats and shredding the whole time to create the atmosphere that I’m after, sometimes less is more, and you leave space in the music. It’s like artists, they won’t draw every single line in the picture, and it’s up to the viewer to join the lines up. It’s the same with music, you can leave stuff out and let the listener’s imagination join everything together. I don’t feel that I have to cram a million different ideas into music or the songs these days, having a bit of space and dynamics is always a good thing’’

MR:  The constant quest to push the boundaries of music.

Norse: “I just don’t want to bore myself. I think if I’m writing something that sounds like something else, why am I wiring that you know? Am I just doing that to feel good about myself coz this riff sounds like Mayhem, or this riff sounds like Vader or something? I’ll delete tonnes of stuff if I think it’s just run of the mill. I want to be on the very edges and fringes of extreme music and really explore areas that haven’t really been explored before. It’s just a matter of making music that’s interesting to me and making music that I would actually want to listen to I think.’’

MR:  The undercurrent of darkness throughout the record?

Norse: “Look as far as central theme and darkness I just feel like it should resonate with me and if it doesn’t really sit with me, then it’s like why don’t I connect with this music and stuff that I’m writing?  It has a certain framework that I work within or writes within and strangely enough, it’s dark apparently ha-ha.

‘’It is just what comes out of me., I don’t believe in forcing it, whatever comes out comes out and we roll with that”

“I don’t like to question it too much or overanalyze it too much, I think if you do that you can end up chasing your tail and go around in circles. I Believe first impressions are most important and whatever comes out and I record is the purest and best form of what I can make ‘’

MR:  Where does this come from?

Norse: “ I’m not sure actually. It’s probably a subconscious release for me. To have an outlet like this that is just dark and chaotic and aggressive, and that lets me live a normal life ‘’

Norse: “Without going too far into ADR’s ideas and realms. Basically, it’s the extremities of humanity. ADR worked as a driver and security guard for mobile doctors in Sydney Australia. He was seeing the most awful chaotic drug dens on medical visits and then going to the other side of Sydney and seeing billionaires’ mansions in the same day. Being able to see the huge, huge difference between the living styles of people not even twenty kilometers apart is a real wake-up call. There is plenty of inspiration there for lyrics ‘’

MR: Being labeled as black metal?

Norse: I don’t really call Norse black metal; I don’t think there are any elements really of black metal in Norse.  I mean the last album has nearly no gain on the guitars which is the cardinal sin of black metal Ha-ha! there’s some clean singing, there’s some drop A riffs, it’s like what my friend Tim Pope from the Amenta always says;” It’s just Extreme Music” I’m not limited by genres and styles because they are pretty much meaningless’’

MR:  What drew you to extreme music?

MR: The intent of Norse?

Norse: “’ Just a creative outlet for me, to write what4ever I want, record whatever I want, the fact that people listen to it and appreciate it is still confusing to me. It’s just noise that I make, and people seem to like it. Who am I to Judge?

MR: Plans for the future?

Norse: No plans for the future. Maybe some shows, touring is impossible at the moment, I’ve not phased either way about the live front, I enjoy the studio process, the writing, the mixing. Shows are great as well, but they are a lot of work and a lot of time which I don’t have these days. When the mood strikes, I will create more Norse and write, and it just happens.