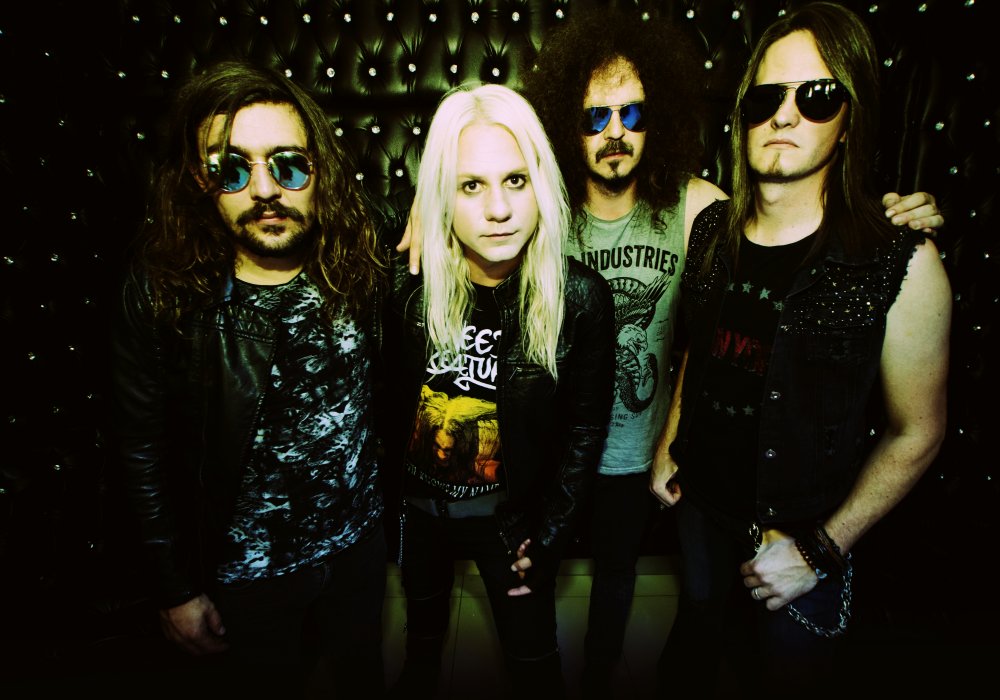 ‘Strange Desires‘ is the second single lifted from the upcoming L.A. Cobra album titled Superstition, and is now available on all digital platforms via Crusader Records.

The song, which features Slade Sleaze – L.A. Cobra’s guitarist – on vocals in the verses, encourages the sharing of the “often” secretive desires and fantasies that are kept secret from a lover. It includes a unique yet catchy chorus that takes inspiration from bands like Queen and ABBA, but with the rough edge of these South African sleaze rockers.

‘Strange Desires’ is the follow up to L.A. Cobra’s recent single ‘She’s My Prison’, and their new album Superstition is set for release later in 2022.

Formed in November 2005, L.A. COBRA is the only sleaze/glam/hair metal band on the African continent. They are the “sleaze rocking hair metal stars” from Pretoria (home of multi-platinum rock superstars SEETHER), flying the 80’s glam rock flag from the handlebars of their Harley’s whilst making a name for themselves internationally and locally.

Recently signed to Crusader Records / Golden Robot Records, South African sleaze rockers L.A. COBRA have released their first single for the label, ‘She’s My Prison‘, which is available now on all digital platforms. Formed in November 2005, L.A. COBRA is the only sleaze/glam/hair […]