Formed in Sydney in the late 90s, Lycanthia is a Gothic/Doom band and one of the jewels in the crown of a metal style that has been lacking of recent years to produce genuine heavy albums. But with the release of Oligarchy, this six-piece featuring members Lee Tassaker (vocals/bass), Giovanni Gariano and Stephen Mikulic (guitars), Vanessa Black (vocals/violins), Megan Robins (keyboards/vocals) and Andrew Craig on drums, they have moulded together to release one of the best albums for this genre that I’ve heard for a very long time since the glory days of European heavyweights My Dying Bride and Paradise Lost and being around for the length of time they have they’ve fine-tuned themselves musically to bring us this brilliant example.

There first release ‘Myriad’ gave listeners a feel of what was to come and the wait was definitely worth its while, with its great production and genuine feel Lycanthia have given us an album where you almost feel as if you’re a part of it. A brutal triple-threat vocal choir with Tassaker’s guttural throat that gives the album that extra heavy feel and beautifully backed up by Black and Robins, you can’t help but feel this is the ultimate soundtrack to a bloody field battle waged with brutality in the 1600s, adding the violin and keyboards to the already mystical ambience it just blends so well. The slow tempo drumming that is expected, and the doomy but almost orchestral clarity of the guitar work is an honour to listen to and it really sucks you into what the band aiming for. Lyrically they remind us of the darkness and doom that lives in all of us, and the tragedy of loss, death and all things gothic and morbid, hey what would you expect from an album featuring songs titled ‘The Essential Components of Misery’ and ‘Time Feeds This Wound’ among others.

Released on Green Media (MGM) here in Australia and re-released on Hypnotic Dirge Records in the US Lycanthia have recorded an album that matches anything released in this genre that I’ve heard, and with a heavy touring schedule, I’m sure there already solid fan base will grow quickly and spread through the dark woods and battlefields of places not fit for man. Let’s hope for their sake and the sake of Gothic/Doom bands around Australia this album is heard far and wide as it deserves the accolades given to it and they should have their rightful place on the big stages along with the very best in the world. 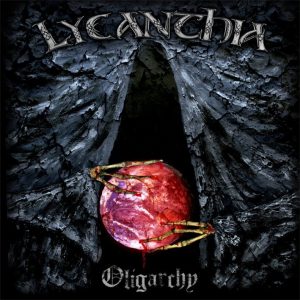