Danger Angel is a band that broke out in the Greek hard rock/metal scene with their 2010 self-titled debut album bringing with them the 80’s LA cock rock/metal sound into the here & now. Since then they have gone through some lineup changes including a change of vocalist which was always going to be tough. (How many bands can you name that have changed singers and lived to tell the tale?)

Upon hitting the play button on the CD player the sounds of riots are the 1st things you hear which tell you immediately this album is going to be different to what was heard on their debut (which is still a strong album). These songs have a bit of a harder edge to them and the change in styles between the 2 albums reminds me to some extent of the difference between the Warrant albums Cherry Pie & Dog Eat Dog.

Thankfully the new singer M.T. doesn’t try to emulate his predecessor and brings his own style and delivery to the music – and he does it well. There’s some great guitar riffage going on on these songs as well as a great singalong, fist-pumping, anthem-like choruses. Songs like ‘One hit in the night’ & ‘Not an angel’ & ‘Don’t die young’ is a perfect example of this while ‘My Last Day on Earth’ is the obligatory slower song.

Another thing to mention is that the keyboards are much more prominent on this album also which sometimes is not exactly to my tastes, but that being said it’s not something that’s going to make me not want to turn the CD off either. Overall this album is a very strong follow up to their debut and sounds like a natural progression to their sound.

If I could make any complaints about it, it would simply be that at a running time of just under one hour i feel that a couple of the songs could have been cut to give the album a bit more punch. At about 35 – 40 minute mark I did take a quick glance at my watch just to see how much more time was left to go. By the way, did I mention that this album was produced by Jeff Scott Soto…? I didn’t…? Well, I guess I have now.

(The reviewer has interviewed Danger Angel keyboarder, AHAS, after this review. Here is the recording: https://soundcloud.com/chris-xynos/03-ahas-interview-edit) 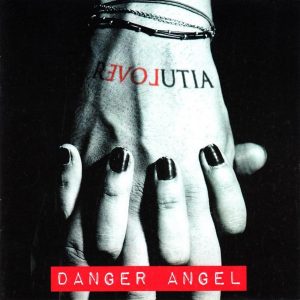