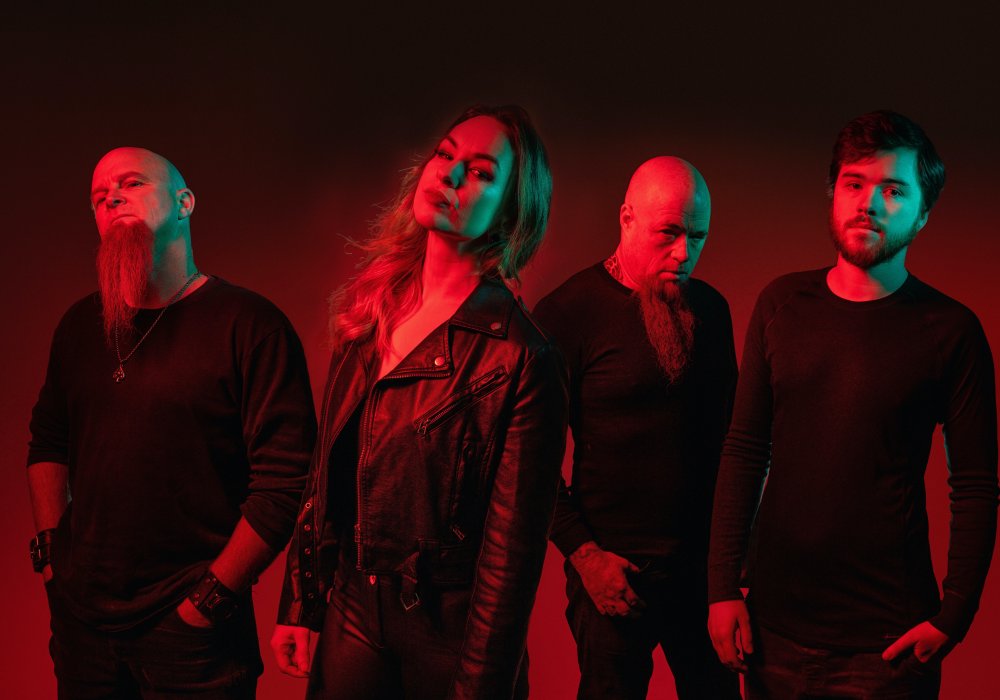 In what seems like an eternal rollercoaster of close calls and postponements, Devilskin are finally touring Australia. The hard-hitting Kiwi band released their critically acclaimed third studio album “Red” in April 2020 and have been trying to make it to Australia to celebrate. Now, with borders finally opening and plenty of light at the end of the pandemic tunnel, Australia finally get their chance to witness Devilskin on their first ever headline run down under in April/May.

We chat to bassist Paul Martin about the rescheduled tour, the frustrations of numerous postponements and having to cancel the Perth show and how their latest album Red is still relevant to the band 2 years after it’s release.

On the constant rescheduling of the Australia tour and finally seeing it happen in 2022:

Paul: Everyone has been in the same boat, it’s super frustrating but what can you do. You can only hope and tours like this months and months to put together so you’ve got everything in place and the government doesn’t play the game and whatever the rules are and so you can’t come through so it’s so frustrating. But now we can see the light at the end of the tunnel and we’re doing it so man are we excited!

On the cancellation of the Perth show:

Paul: We’re not able to come to Perth on this tour now with the restrictions they’ve got in Western Australia, not all of our party can fit into the rules and regulations to get over there. You can’t go into a place without being triple jabbed and over here the third jab is not a big deal so lots of people haven’t got it. But we are coming back to Australia in October and we’ll definitely be doing some side shows there so don’t worry, the band is going to be putting their foot down and saying we need to go for Perth, we owe you guys.

On the release of Red in 2020 and the lack of touring to support it due to covid:

Paul: We all felt that the album didn’t get the attention that it deserves and we are still fantastically proud of this album and it’s cathartic for us to be able to play these songs to people. Our whole plan was to release the album and then straight to Europe, UK, New Zealand and then Australia but we were 10 days out from flying to Europe when covid came down so everything has been knocked on it’s arse and it’s been hard to plan but you just gotta soldier on through it. 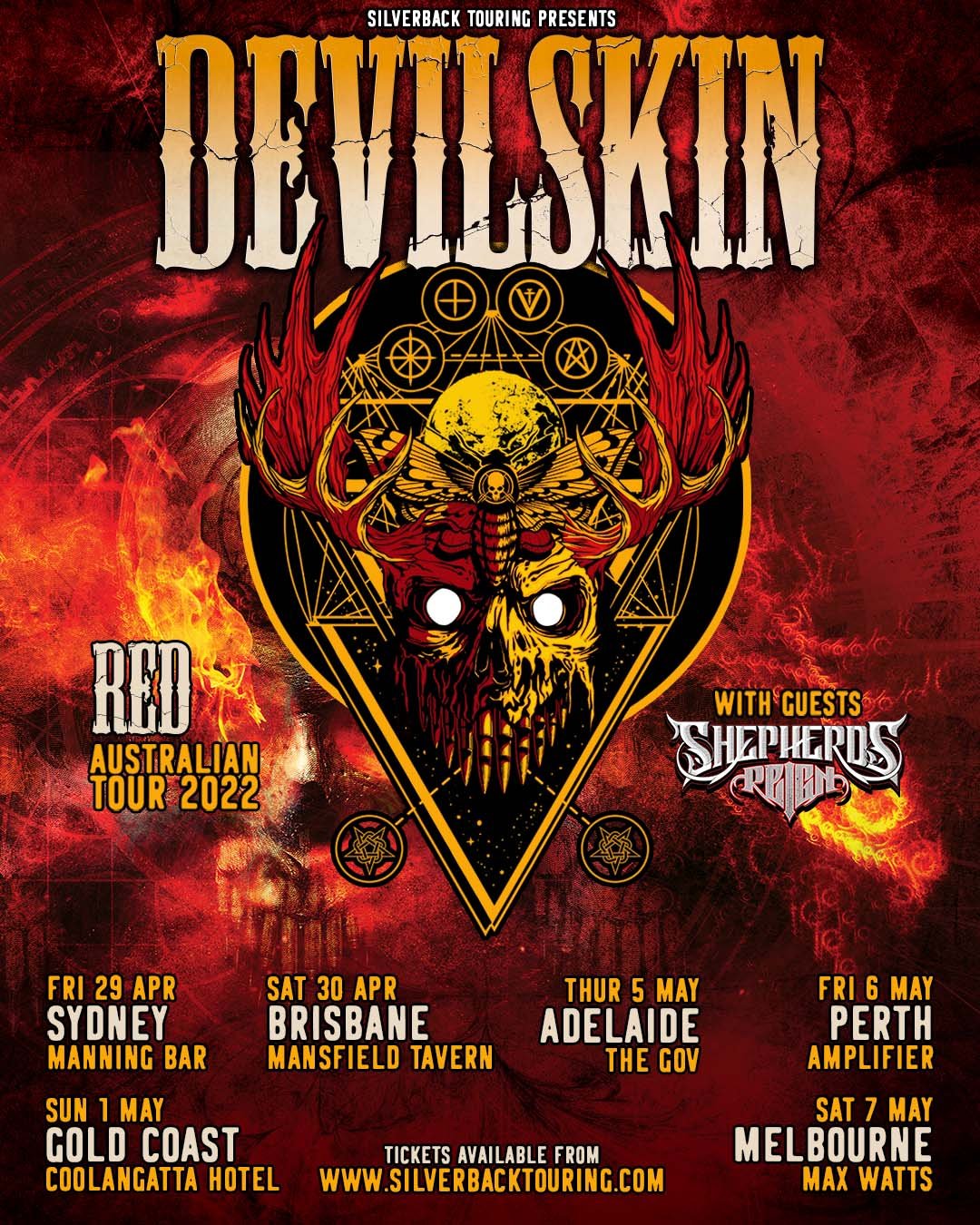 The Devilskin Australian tour for their latest album ‘Red’ has been delayed numerous times (and even this time Perth still miss out), so there was an excited buzz among the Manning Crowd on this balmy […]

Devilskin set to tour Australia this April/May with Shepherds Reign

In what seems like an eternal rollercoaster of close calls and postponements, Silverback Touring are pleased to announce that after several attempts, the long-awaited DEVILSKIN “RED” Australian Tour is finally happening. The hard-hitting Kiwi band […]