The band is Desecrator on Guitars / Lead Vocals, Frankie Suim on Bass / Vocals (both ex-members of Face The Fact) and Angel Eater on Drums. The music does take you back to the 80’s when thrash really tore up Metal’s foundations and although the sound may feel a little clean at times (perhaps a result of the independent recording) the music is precisely timed speed riffs, backed in unison by smacked bass and continuous speed bass drum kicks (the latter does go to the extent of overkill at times).

As I said short and sweet is this E/P and I’m not going to get into great depths, as this review will take longer to read than the release to listen to. The tracks are sharp and there is enough there to suggest these guys will be back with more material (hopefully a little longer play time). For what its worth I reckon "Warmonger" will get a few extra plays on my system. 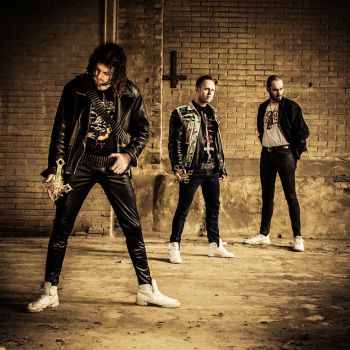